share close
email
On 13 December 1918, President Woodrow Wilson arrives in France to take part in World War I peace negotiations and to promote his plan for a League of Nations, an international organization for resolving conflicts between nations.

Wilson had initially tried to keep America out of the war by claiming neutrality in 1914, when hostilities broke out in Europe. The 1915 sinking of the Lusitania, a passenger ship carrying American citizens, and Germany’s expansion of submarine warfare into the Atlantic, fueled increasing U.S. anger toward Germany. However, it wasn’t until March 1917, when a telegram from Germany to Mexico proposing an alliance between the two countries was made public that Wilson decided to ask Congress to declare war on Germany, which he did in early April. American troops later joined their British and French allies in fighting the Central Powers until an armistice was reached in November 1918.

The war, in which approximately 320,000 American soldiers died, grimly illustrated to Wilson the unavoidable relationship between international stability and American national security. In January 1918, Wilson outlined a plan for a League of Nations, which he hoped would peacefully arbitrate international conflicts and prevent another war like the one just ended. Wilson took this plan with him to France in December 1918 and reiterated what he had told Americans in a January speech: “the world [must] be made fit and safe to live in; and particularly that it be made safe for every peace-loving nation which, like our own, wishes to live its own life, determine its own institutions, be assured of justice and fair dealing by the other peoples of the world as against force and selfish aggression.”

Wilson’s treaty negotiations in Europe set the tone for post-war American foreign diplomacy, which emphasized intervention over isolation, and introduced the idea of a multi-national peace organization. The League of Nations failed, largely as a result of the fact that the U.S. decided not to join, but it was the precursor to the United Nations, which was established in the wake of the Second World War. 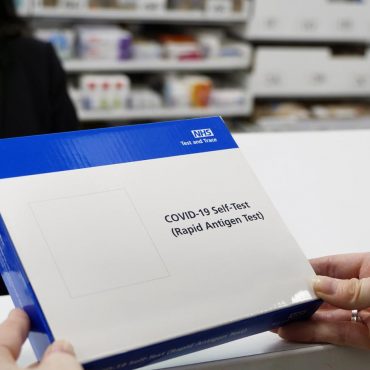 Daily testing for anyone double-jabbed who comes into contact with a COVID-19 case will start from Tuesday. Those fully vaccinated should take a daily lateral flow test for seven days to slow the spread of the virus, the government has said. Unvaccinated adults must continue to self-isolate for 10 days if they are a contact of someone with COVID, and anyone who tests positive or develops symptoms will need to self-isolate. People […]