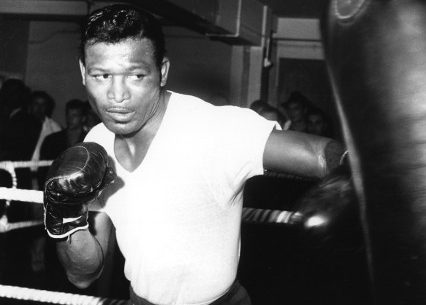 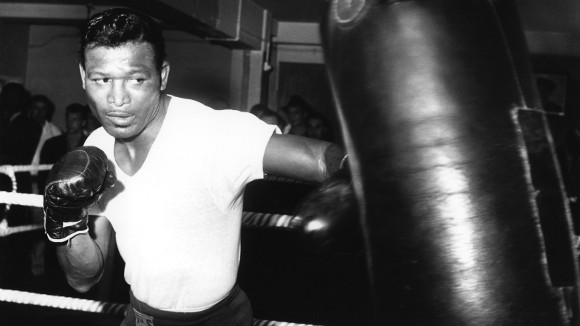 Sugar Ray Robinson, born Walker Smith Junior, was an American Professional Boxer. A member of the international boxing hall of fame, Robinson is believed by many to be the greatest boxer of all time; owing mostly to his 91 fight unbeaten streak, and his remarkable 128-1-2 record.

Walker Smith Junior was born on May 3, 1921 in Alley, Georgia. He earned the nickname ‘Sugar’ after a lady remarked that he was ‘sweet as sugar’ after watching one of his fights. He earned the latter part of his nickname, ‘Ray Robinson’, after he borrowed his friend’s birth certificate (whose name was Ray Robinson) to bypass the Amateur Athletic Union’s age restrictions. Robinson had an outstanding amateur career, in which he won 89 fights without a single loss, that too with 69 knockouts. Robinson won the 1939 Golden Gloves Featherweight Championship and the 1940 Golden Gloves Lightweight Championship.

Robinson’s first professional fight was held on October 4, 1940, in which he beat the Philippine Joe Echevarria by a second round knockout. Robinson went on to win five more fights in 1940, four of which were won by knockout. He gathered significant attention once he defeated the then lightweight champion, Sammy Angott, in front of a record 20,551 crowd at the Madison Square Garden. However, he did not win the title as Robinson was above the lightweight weight limit; furthermore, Robinson defeated former champion Fritzie Zivic by unanimous decision in 1941, alongside future champion Marty Servo, also in 1941. Robinson again beat Zivic in a 1942 rematch, which was incidentally, Zivic’s second knockout loss in a total of 150 fights. Robinson also met Marty Servo in another rematch, which he also won. He then won against the great Jake LaMotta, after which he was named Fighter of the Year in 1942.

Sugar Ray Robinson lost his first professional fight after an unbeaten run of forty fights against Jake LaMotta, who knocked him out on their rematch. Robinson then served with the United States Military for a 15 month period between 1943 and 1944, after which he was granted an honorable discharge following a bout of amnesia. By 1945, Robinson had amassed a 73-1-1 record, after he drew with José Basora.

Despite having defeated many title contenders back to back, as well as title holders in non-title bouts, Robinson was given a shot at the title after a massive tally of 75 fights against Tommy Bell, against whom Robinson won in a fifteen round battle.

In 1947, Robinson was scheduled for a title defense against Jimmy Doyle, but he pulled out of the fight stating that ‘he had dreamed that he would kill Doyle’. After being convinced by a priest that his dream was indeed, a dream, Robinson fought against Doyle, who, to Robinson’s horror, died hours after he was knocked out. Robinson then dedicated his next four fights to Doyle’s family.

Robinson went on to have a prolific middleweight career, in which he defeated Jake LaMotta for the championship. Robinson retired from professional boxing in 1952 to become a dancer and a singer, a profession which according to him kept him in ‘peak physical fitness’. Robinson came out of retirement in 1955 and became the first boxer ever to win a world divisional championship five times.

Robinson died after a long battle with Alzheimer’s disease and diabetes on April 12, 1989, in Los Angeles, California. 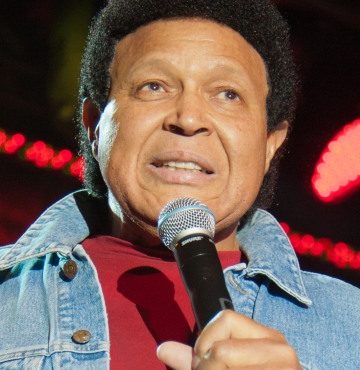 Full Name: Ernest Evans Profession: Singer and Dancer Nationality: American Why Famous: Chubby Checker will forever be remembered for kicking off a dance craze that took hold of the early countercultural generation in the 1960s. In 1960 he released "The Twist", a cover of a song by Hank Ballard & The Midnighters. Checker's song topped the Billboard Hot 100 twice, and kicked off the Twist dance craze, which spread around the world. He would […]