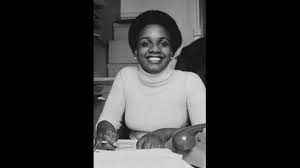 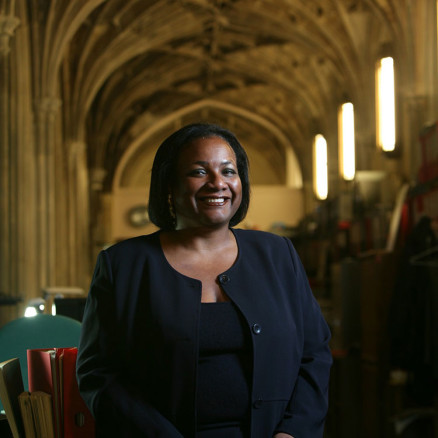 Diane Abbott stands to give her maiden speech and make history as the first black woman ever elected into the House of Commons. It’s 1987. There are Tory men shouting and jeering. There are Labour MPs who regret her very presence in the House. This won’t be the last time in Diane’s career that she will make history whilst staring the forces of reaction in the face. As well as going on to give award winning speeches, Diane would also become the first Black Labour leadership candidate, serve as the first Black shadow Home Secretary and become the first Black woman to represent her party from the dispatch box during Prime Minister’s Questions (PMQs).

Diane’s election in 1987 saw the start of a career that would make history and inspire hundreds of young Black women. Among them, one two-year old growing up in Streatham, who – unbeknownst to the both of us – would later be so inspired by Diane’s story that she would go on to work for her and later serve as an MP alongside her.

I never dreamed that I would get the opportunity to work for a living legend, a trailblazer, and the first Black woman to enter Parliament. For a Black woman in politics there could be no better mentor. Diane’s honesty, integrity, tenacity and consistency continues to inspire me, and is the reason why I am pleased to call her a mentor, a colleague and most of all, a friend.

For women in politics, life can be hard. For Black women in politics, doubly so. We have seen time and time again reports of the abuse that Black female MPs experience, something that Diane is no stranger to. For many of us, this abuse now takes place on social media, but Diane has experienced abuse on a multitude of platforms and from a variety of directions.

The 1987 election in Hackney North and Stoke Newington wasn’t just notable for opening a new chapter in Black history, but also for overcoming the contempt of her opponents and the dislike of her own Party. The contest for the seat quickly became nasty, with Diane facing hostility from opponents on the grounds of her race and receiving no support at all from some in the Labour Party. She even had a brick thrown through her campaign office window.  Despite this, Diane went on to win her seat with a 19.8% majority – a majority that she has continued to build on ever since.

Along with Keith Vaz, Paul Boateng and Bernie Grant, Diane Abbott demonstrated to Black, Asian, and Minority Ethnic people across the UK that we can be elected into Parliament. Fast forward 33 years and we now boast the most diverse Parliament in the UK’s history. Whilst diversifying Parliament is an ongoing struggle, Diane’s historic election in 1987 marked the first successful steps and we are eternally indebted to her because of this.

Having been an MP for 33 years, Diane has made some memorable contributions in the House, but perhaps none as notable as her contribution to the 2008 Counter Terrorism Bill debate. A speech that won The Spectator magazine’s “Parliamentary Speech of the Year” award and received further recognition at the 2008 Human Rights awards. A speech so powerful that, when set to follow it, Tory MP David Davies noted it to be one of the finest speeches he had heard since being elected to the House of Commons. Unwilling to be intimidated by Party whips, Diane offered a strong defence of civil liberties, something she has never shied away from in her 33 years in Parliament.

In 2010, Diane decided to throw her hat into the ring and run in the Labour Leadership election, becoming the first Black woman to run for the position. She entered the election promising to address the issues left neglected under previous Labour leaders, particularly the issue of an immigration system that was, and still is, unfair and inefficient.

Though her leadership bid was unsuccessful, Diane has continued to stand up for a fairer immigration system. In 2015, she was vocal in her criticism of Labour’s “Controls on immigration” pledge – along with the grim accompanying mugs – and has continued to fight against the hostile environment perpetuated by consecutive governments.

It was as Shadow Home Secretary under Jeremy Corbyn MP that Diane was truly able to bring the injustices of our immigration system to light. The UK Home Office has consistently demonstrated a hostile attitude to non-UK born residents but perhaps never has it been more evident than when Theresa May was Home Secretary and then Prime Minister. The Windrush Scandal saw the Home Secretary purposefully mislead Parliament about deportation targets. To set these arbitrary targets in the first place is deplorable; to subsequently lie about their existence is unforgivable.

Diane and her team, which I was proud to lead as her Chief of Staff, helped to expose the governments disgraceful behaviour.  Though successive Home Secretaries have demonstrated similar hostilities, we can both count the resignation of Amber  Rudd and securing the Windrush Compensation scheme as well as the Lessons Learned Review, as a consolation for some of the victims of the Home Office’s hostile environment.

Another massive achievement in Diane’s political career took place most recently on the 2nd October 2019, when she became the first Black MP to represent their Party at the dispatch box during Prime Minister’s Questions. Her appearance at the dispatch box that day showed us that, although several glass-ceilings are in place to stop Black, Asian and Ethnic Minorities from achieving, Diane has been smashing them since 1987 and will continue to do so, so that we don’t have to.

Working for Diane has truly been the experience of a lifetime. The care and dedication that she puts into her role as a constituency MP is something that cannot be taught, but if it could be, then every aspiring MP should receive a lesson. With order and efficiency, Diane treats every constituent’s concern with the upmost importance, and this is something that I strive to emulate in my office.

Not only does she embody what it means to be a good representative, she also demonstrates what it means to be a true socialist. From her election back in 1987 right up to present day, Diane has stayed true to her beliefs, regardless of what the party or parliament thought. Over the decades, she has maintained a principled, unfaltering stance on opposing austerity, war, cuts, racism and bigotry. She has consistently supported peace, Palestinian human rights and LGBT+ rights.

Regardless of whether it was politically expedient or popular with press, parliament, or – at times – party, Diane has always stood on the right side of history, shoulder to shoulder with the oppressed. Diane is a titan of British politics, socialist hero, and a Black icon for the ages. 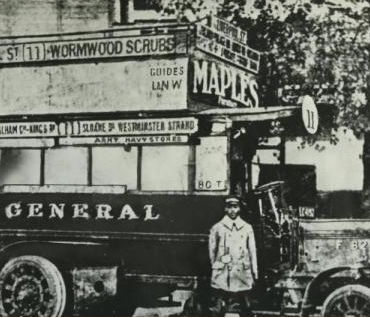