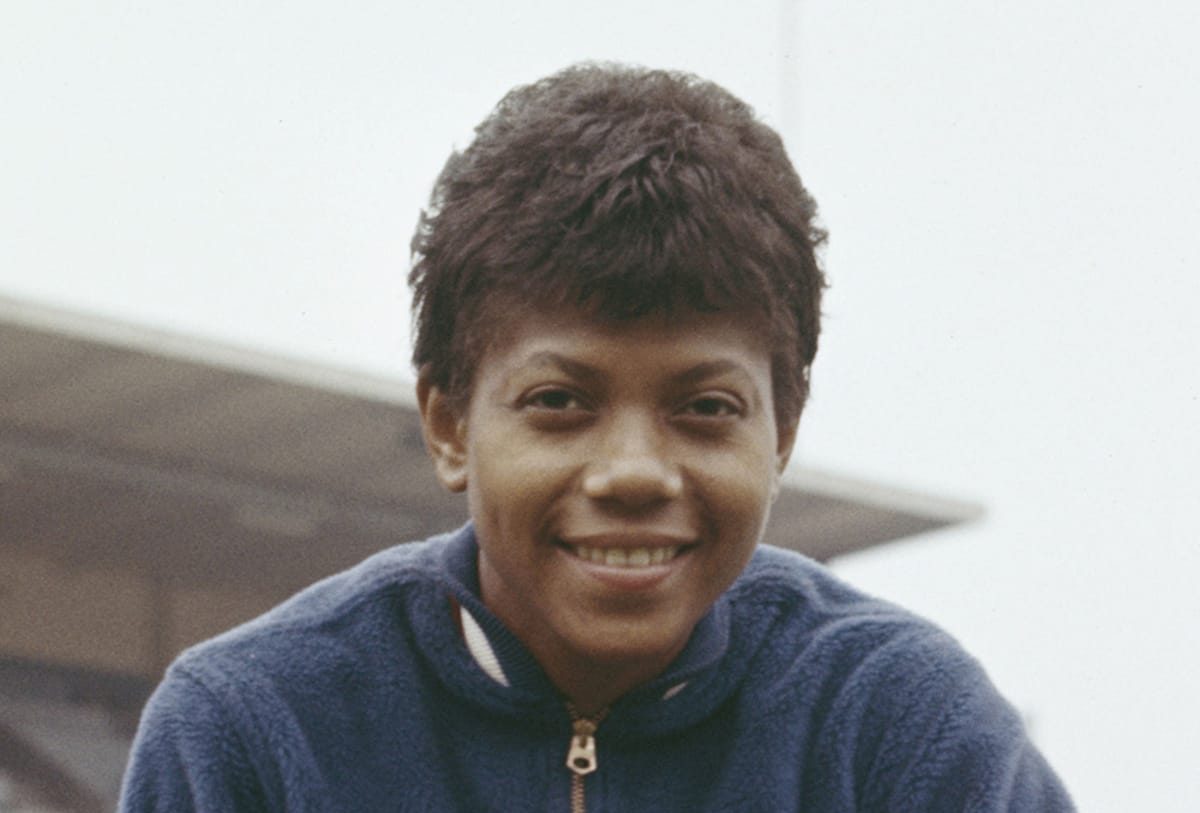 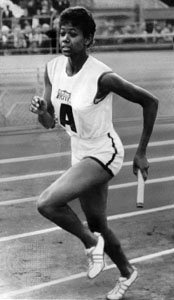 Rudolph was sickly as a child and could not walk without an orthopedic shoe until she was 11 years old. Her determination to compete, however, made her a star basketball player and sprinter during high school in Clarksville, Tennessee. She attended Tennessee State University from 1957 to 1961. At age 16 she competed in the 1956 Olympic Games at Melbourne, Australia, winning a bronze medal in the 4 × 100-metre relay race. In 1960, before the Olympic Games at Rome, she set a world record of 22.9 seconds for the 200-metre race. In the Games themselves she won gold medals in the 100-metre dash (tying the world record: 11.3 seconds), in the 200-metre dash, and as a member of the 4 × 100-metre relay team, which had set a world record of 44.4 seconds in a semifinal race. She was Amateur Athletic Union (AAU) 100-yard-dash champion (1959–62).

Her strikingly fluid style made Rudolph a particular favourite with spectators and journalists. She won the AAU’s 1961 Sullivan Award as the year’s outstanding amateur athlete. After retiring as a runner, Rudolph was an assistant director for a youth foundation in Chicago during the 1960s to develop girls’ track-and-field teams, and thereafter she promoted running nationally. She was named to the National Track & Field Hall of Fame in 1974, the International Sports Hall of Fame in 1980, and the U.S. Olympic Hall of Fame in 1983, in the first group of inductees. Her autobiography, Wilma, was published in 1977.

The course for sprint races is usually marked off in lanes within which each runner must remain for the entire race. Originally sprinters used a standing start, but after 1884 sprinters started from a crouched position using a device called a starting block (legalized in the 1930s) to brace their feet (see photograph). Races are begun by a pistol shot; at 55 to 65 metres (60 to 70 yards), top sprinters attain maximum speed, more than 40 km per hour (25 miles per hour). After the 65-metre mark the runner begins to lose speed through fatigue.

All important international races at 200 metres and 220 yards, as well as 400 metres and 440 yards, are run on an oval track. The starts are staggered (the lanes farther from the centre begin progressively farther forward on the track) so that each runner will cover an equal distance. As a result, the competitors, particularly in the 400 metres and 440 yards, have no exact knowledge of their respective positions until they have completed the final turn. Great emphasis is therefore placed on an athlete’s ability to judge his own pace, as well as upon his speed and endurance. 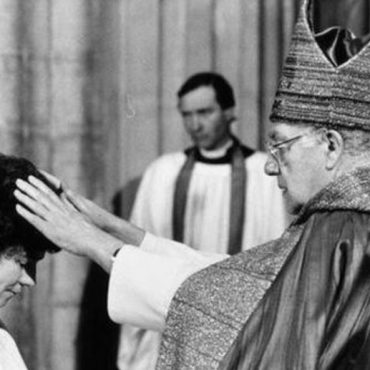 The Church of England approves the ordination of female priests

11 November 1992 The Church of England approves the ordination of female priests   The Church of England has formally adopted legislation which means its first female bishops could be ordained next year.  The amendment was passed with a show of hands at the general synod.  The first women priests were ordained in 1994, but to date they have not been able to take on the Church's most senior roles.  […]