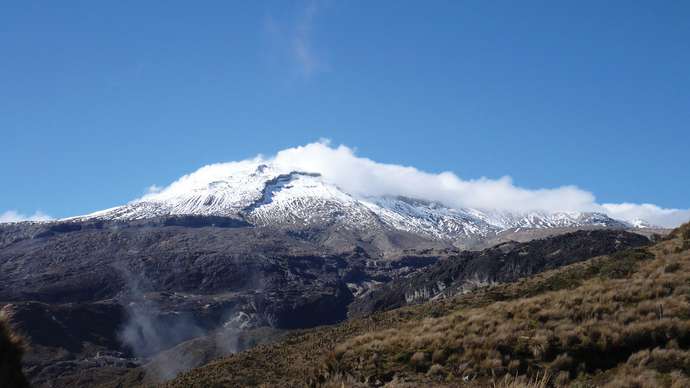 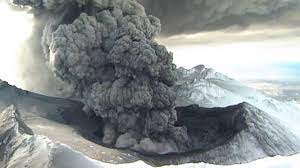 Mount Ruiz, Spanish Nevado Del Ruiz, volcano in the Cordillera Central of the Andes, west-central Colombia, noted for its two eruptions on 13 November 1985, which were among the most destructive in recorded history. Located about 80 miles (130 km) west of Bogotá, it is the northernmost of some two dozen active volcanoes scattered along the Cordillera Central and reaches an elevation of 17,717 feet (5,400 m).

Although eruptions of Mount Ruiz have not been frequent, geological evidence suggests that a major eruption in 1595 damaged an area extending from central Colombia north to the southern border of Panama. An eruption in 1845 caused mud slides and flooding in which 1,000 people were killed.

The 1985 disaster was preceded by a buildup of highly viscous magma within the volcano’s neck. Two explosions occurred on the northeast side of the mountain, and magma, blasting outward, melted the mountain’s cap of ice and snow. A mixture of mud, ash, and water with a crest of 15 to 50 feet (4.5 to 15 m) raced down the volcano’s eastern slope through the Azufrado and Lagunilla river channels.

Torrents of mud almost totally buried the town of Armero on the Lagunilla River, 30 miles (48 km) from the volcano, killing an estimated 25,000 people. Mud also swelled the nearby Gualí River to overflowing, and on the western side of the mountain another mud slide killed about 1,000 people in the town of Chinchiná on the Claro River. 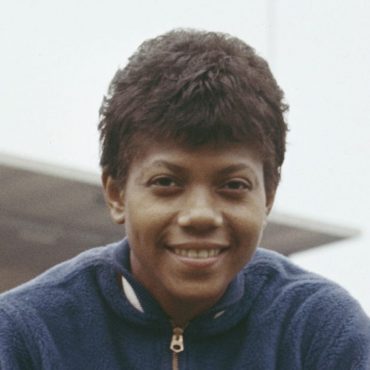 Wilma Rudolph died 12 November 1994   Wilma Rudolph, in full Wilma Glodean Rudolph, (born June 23, 1940, St. Bethlehem, near Clarksville, Tennessee, U.S.—died 12 November  1994, Brentwood, Tennessee), American sprinter, the first American woman to win three track-and-field gold medals in a single Olympics.   Rudolph was sickly as a child and could not walk without an orthopedic shoe until she was 11 years old. Her determination to compete, […]