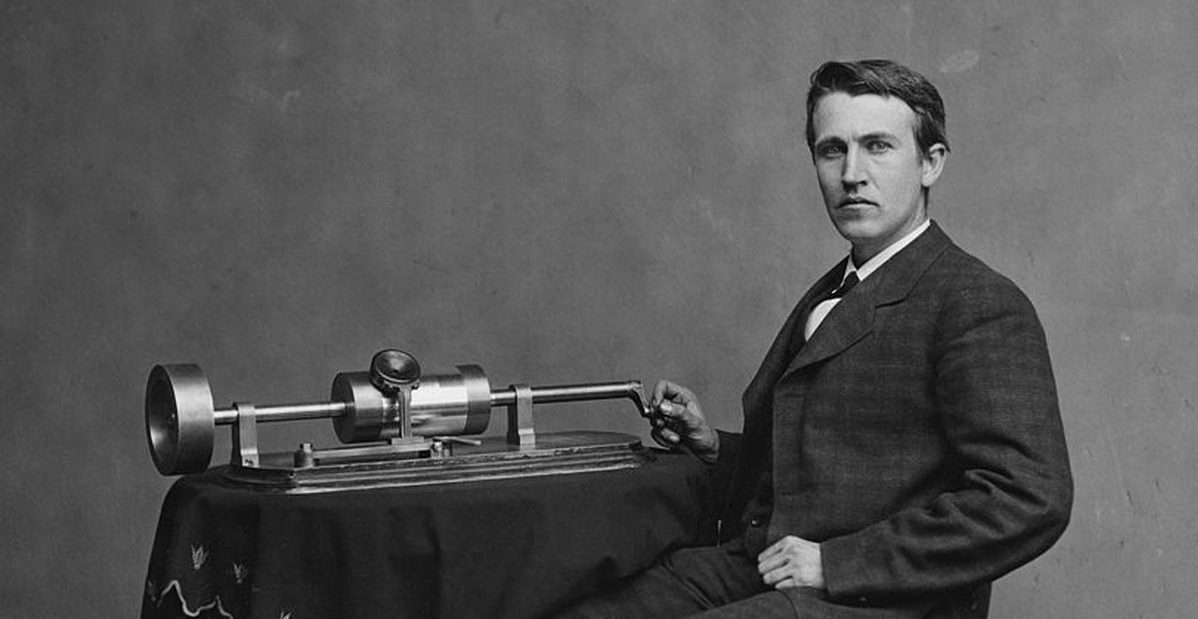 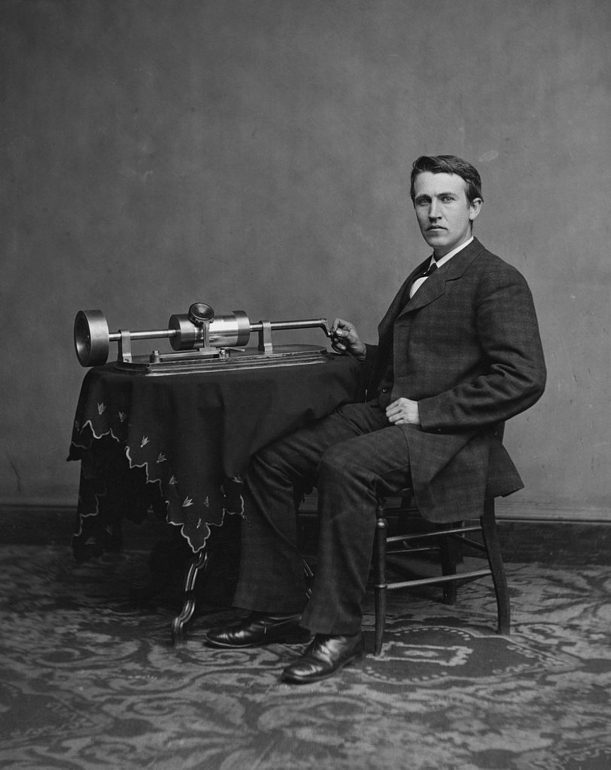 Thomas Edison was one of the great inventors and designers in the history of the world. He invented the first practical light bulb, the motion picture camera and the phonograph. Others had attempted to invent the latter but Edison’s was the first to actually reproduce the sound.

The phonograph was Edison’s first major invention and the one that earned him the moniker “the wizard of Menlo Park” as the invention was so unexpected by the public as to appear magical. His first invention recorded on tinfoil around a grooved cylinder, and although the recordings could only be played a few times due to low quality, Edison’s reputation was cemented.

He demonstrated the device on 29 November 1877, having announced its invention days before. He would patent it later that February. Recalling a demonstration in December, an employee of Scientific American magazine wrote: ” “In December, 1877, a young man came into the office of the SCIENTIFIC AMERICAN, and placed before the editors a small, simple machine about which very few preliminary remarks were offered. The visitor without any ceremony whatever turned the crank, and to the astonishment of all present the machine said: “Good morning. How do you do? How do you like the phonograph?” The machine thus spoke for itself, and made known the fact that it was the phonograph…”

Edison did not improve on his design but Alexander Graham Bell invented an improved phonograph using wax cylinders in 1880. 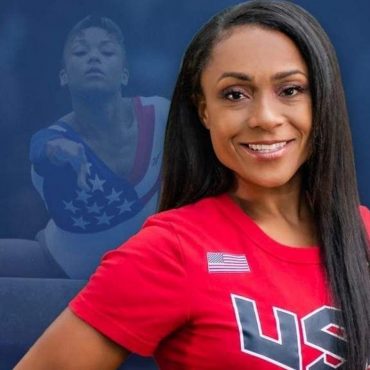 Dominique Dawes One of the most renowned names in the history of American gymnastics, Dominique Dawes was born in 20 November 1976 in Silver Spring, Maryland. Dawes recognized her passion for gymnastics at an early age of 6 years and attended lessons with Kelli Hill who remained her coach for the rest of Dawes’ gymnastics career.   With her skills and determination, Dawes soon became a force to be reckoned […]