Family finances in this country are at breaking point. The cost of living crisis has hit the pockets of millions, with energy bills rocketing to record highs.

To heat your home and be able to put food on your table for yourself and your family should not be a luxury.

Yet this winter of discontent shows little sign of ending without strong measures designed to help those who are barely getting by.

Combined with wage stagnation and the fallout from the pandemic, the effect of inflation has been disastrous for working people around the country.

Polling we’re releasing today, revealed that 1 in 5 people who have seen their bills rise say they are skipping meals to pay for their energy – and this will rise to 1 in 3 if energy prices rise as predicted in April. And that’s not all. Polling shows:

With further price increases on the way, households are crying out for the government to step in and alleviate the constant financial pressures that they find themselves under.

Almost 40,000 people within our supporter community have responded to a consultation from government energy regulator Ofgem displaying their despair at the current situation, with a whopping 97% of our respondents rejecting any potential price cap.

Over the coming weeks Shell and BP are due to publish their huge profit margins, which have no doubt been bolstered significantly by British households.

While smaller energy providers have folded, the big companies have seized the opportunity to squeeze consumers to the tune of billions of pounds.

With a demanding tax on their above-average profits – also known as a Windfall tax – which could help generate billions of pounds to provide a lifeline for millions of us in the coming months and fund much-needed investment in insulating homes and other eco-friendly measures.

Polling indicates that nearly 2 in 3 people (63%) support a Windfall tax, while Labour has already thrown their weight behind our petition, and we hope the Tories follow suit.

The message to the government is clear; Britain cannot afford any further cost of living increases, ordinary households cannot be forced to choose between heating and eating, and our leaders must act now to end this. 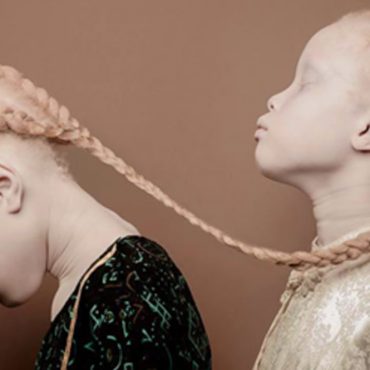 Albinism   Albinism affects the production of melanin, the pigment that colours skin, hair and eyes. It's a lifelong condition, but it does not get worse over time. People with albinism have a reduced amount of melanin, or no melanin at all. This can affect their colouring and their eyesight. People with albinism often have white or very light blonde hair, although some have brown or ginger hair. The […]