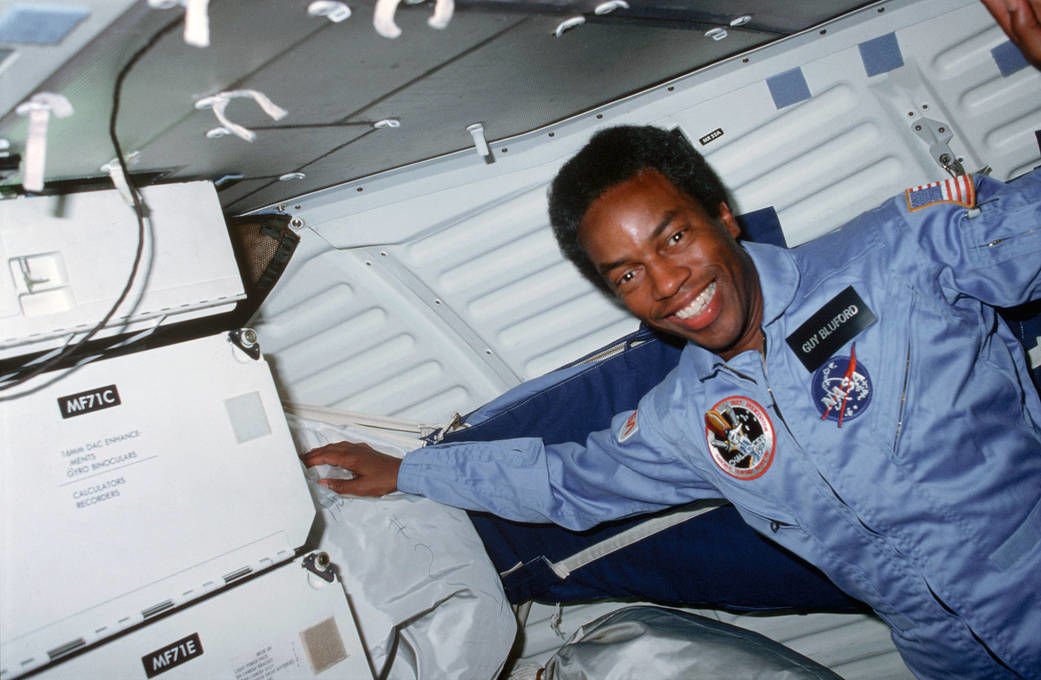 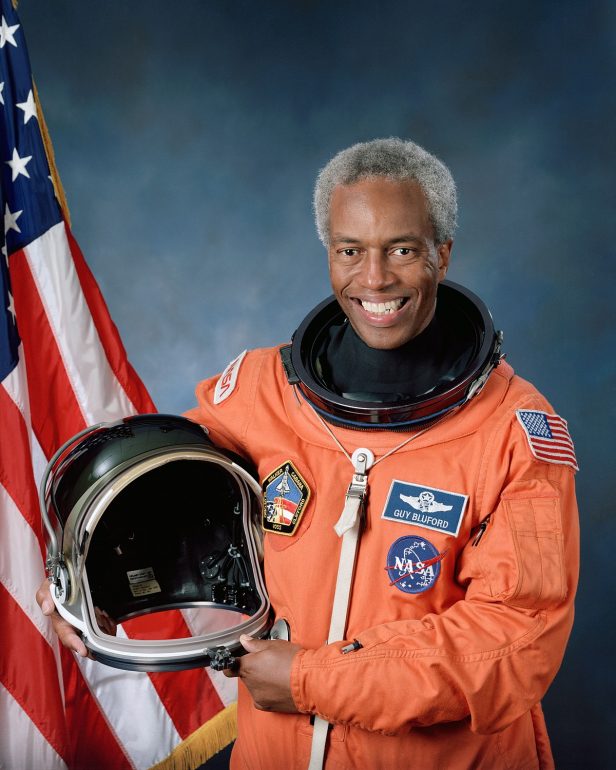 America’s first African-American in space brought out crowds of people to watch as he embarked on a history-making flight to space on 30 August  1983. Guion “Guy” Bluford, Jr. often told people he didn’t join NASA just to become the first Black man to fly to orbit, but of course, that was part of his story. While it was a personal and social milestone, Bluford had in mind to be the best aerospace engineer he could be. His Air Force career gained him many hours of flight time, and his subsequent time at NASA took him to space four times, working with advanced systems on each trip. Bluford eventually retired to a career in aerospace that he still pursues.

Guion “Guy” Bluford, Jr. was born in Philadelphia, Pennsylvania, on 22 November 1942. His mother Lolita was a special education teacher and his father, Guion Sr. was a mechanical engineer. The
Blufords encouraged all four of their sons to work hard and set their goals high.

Guion attended Overbrook Senior High School in Philadelphia, Pennsylvania. He’s been described as “shy” in his youth. While there, a school counselor encouraged him to learn a trade, since he was not college material. Unlike other young African-American men of his time who were given similar advice, Guy ignored it and forged his own path. He graduated in 1960 and went on to excel in college.

He received a bachelor of science degree in aerospace engineering from the Pennsylvania State University in 1964. He enrolled in ROTC and attended flight school. He earned his wings in 1966. Assigned to the 557th Tactical Fighter Squadron at Cam Ranh Bay, Vietnam, Guion Bluford flew 144 combat missions, 65 over North Vietnam. After his service, Guy spent five years as a flight instructor at Sheppard Air Force Base, Texas.

Guion Bluford’s Experience as an Astronaut

That year, he learned he was the 35 astronaut candidates selected from a field of more 10,000 applicants. He entered NASA’s training program and became an astronaut in August 1979. He was in the same astronaut class as Ron McNair, the African-American astronaut who died in the Challenger explosion and Fred Gregory, who went on to become a NASA Deputy Administrator.

Guy’s first mission was STS-8 aboard the space shuttle Challenger, which launched from Kennedy Space Center on Aug. 30, 1983. This was Challenger’s third flight but the first mission with a night launch and night landing. It was also the eighth flight of any space shuttle, making it still very much a test flight for the program. With that flight, Guy became the country’s first African-American astronaut. After 98 orbits, the shuttle landed at Edwards Air Force Base, Calif. on Sept. 5, 1983.

Col. Bluford served on three more shuttle mission during his NASA career; STS 61-A (also aboard the Challenger, just months before its disastrous end), STS-39 (aboard Discovery), and STS-53 (also aboard Discovery). His primary role on the trips to space was as a mission specialist, working on satellite deployment, science and classified military experiments and payloads, and taking part in other aspects of the flights.

During his years at NASA, Guy continued his education, earning a master’s in business administration from the University of Houston, Clear Lake, in 1987. Bluford retired from NASA and the Air Force in 1993. He now serves as vice president and general manager of the Science and Engineering Group, Aerospace Sector of Federal Data Corporation in Maryland. Bluford has received many medals, awards, and accolades, and was inducted into the International Space Hall of Fame in 1997. He is registered as a distinguished alumnus of Penn State University ​and was made a member of the United States Astronaut Hall of Fame (in Florida) in 2010. He has spoken before many groups, especially young people, where he serves as a great role model for young men and women wishing to pursue careers in aerospace, science, and technology. At various times, Bluford has pointed out that he felt great responsibility during his Air Force and NASA years of being an important role model, especially for other African-American youth.

On a lighter note, Guy Bluford made a Hollywood appearance in a cameo during a music track for the movie Men in Black, II.

Guy married Linda Tull in 1964. They have 2 children: Guion III and James. 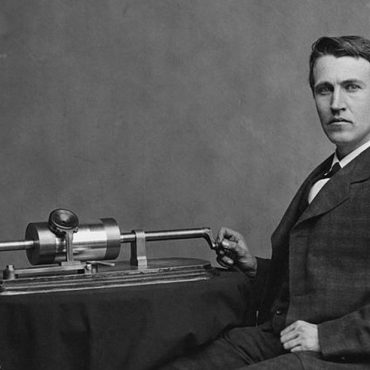 Thomas Edison's Phonograph Thomas Edison was one of the great inventors and designers in the history of the world. He invented the first practical light bulb, the motion picture camera and the phonograph. Others had attempted to invent the latter but Edison's was the first to actually reproduce the sound.   The phonograph was Edison's first major invention and the one that earned him the moniker "the wizard of Menlo Park" […]