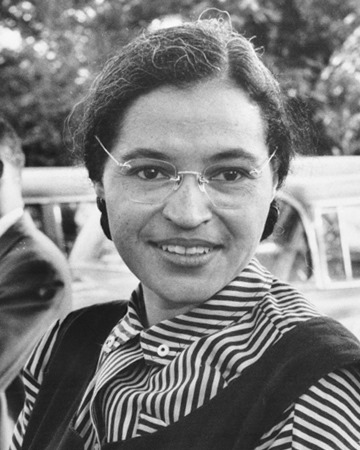 Rosa Louise McCauley Parks (4 February 1913 – 24 October 2 2005) was an African-American activist in the civil rights movement best known for her pivotal role in the Montgomery bus boycott. The United States Congress has honored her as “the first lady of civil rights” and “the mother of the freedom movement”.

On 1 December 1955, in Montgomery, Alabama, Parks rejected bus driver James F. Blake’s order to vacate a row of four seats in the “colored” section in favor of a white passenger, once the “white” section was filled. Parks was not the first person to resist bus segregation, but the National Association for the Advancement of Colored People (NAACP) believed that she was the best candidate for seeing through a court challenge after her arrest for civil disobedience in violating Alabama segregation laws, and she helped inspire the black community to boycott the Montgomery buses for over a year. The case became bogged down in the state courts, but the federal Montgomery bus lawsuit Browder v. Gayle resulted in a November 1956 decision that bus segregation is unconstitutional under the Equal Protection Clause of the 14th Amendment to the U.S. Constitution.

Parks’ act of defiance and the Montgomery bus boycott became important symbols of the movement. She became an international icon of resistance to racial segregation, and organized and collaborated with civil rights leaders, including Edgar Nixon and Martin Luther King Jr.. At the time, Parks was employed as a seamstress at a local department store and was secretary of the Montgomery chapter of the NAACP. She had recently attended the Highlander Folk School, a Tennessee center for training activists for workers’ rights and racial equality. Although widely honored in later years, she also suffered for her act; she was fired from her job, and received death threats for years afterwards.  Shortly after the boycott, she moved to Detroit, where she briefly found similar work. From 1965 to 1988, she served as secretary and receptionist to John Conyers, an African-American US Representative. She was also active in the Black Power movement and the support of political prisoners in the US.

After retirement, Parks wrote her autobiography and continued to insist that there was more work to be done in the struggle for justice. Parks received national recognition, including the NAACP’s 1979 Spingarn Medal, the Presidential Medal of Freedom, the Congressional Gold Medal, and a posthumous statue in the United States Capitol’s National Statuary Hall. Upon her death in 2005, she was the first woman to lie in honor in the Capitol Rotunda. California and Missouri commemorate Rosa Parks Day on her birthday, February 4, while Ohio and Oregon commemorate the anniversary of her arrest, December 1.

Cause of Death: Natural causes 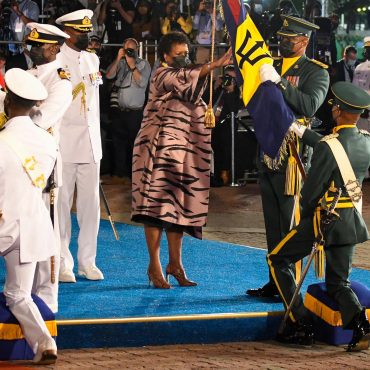 After 396 years, the sun has set on the British monarchy’s reign over the Caribbean island of Barbados, with a handover ceremony at midnight on Monday marking the birth of the world’s newest republic. As the clock struck 12, the Royal Standard flag representing the Queen was lowered over a crowded Heroes Square in Bridgetown and Carol Roberts-Reifer, chief executive officer of the National Cultural Foundation, made the declaration of Barbados’ […]