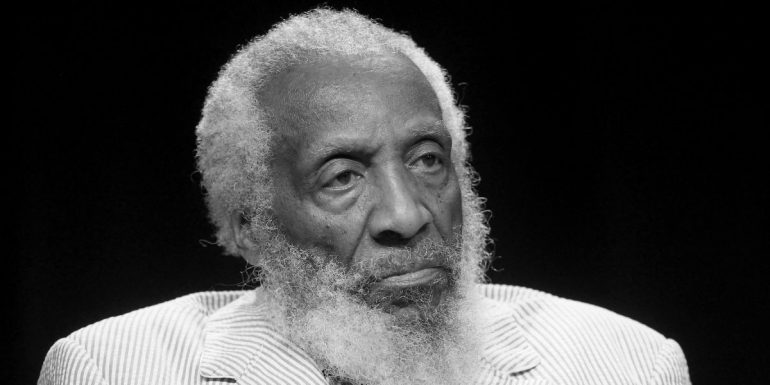 Comedian and activist Dick Gregory was born on 12 October 1932.

What better way to talk about political and racial issues in American than through comedic stand-up? Activist and comedian Richard Claxton “Dick” Gregory transitioned his comedic background into a versatile career, which included scientific research, activism for civil rights and other human injustices, and politics.

Gregory was born on Oct. 12, 1932, in St. Louis, Missouri. He discovered his passion for comedy at an early age when he was drafted to the U.S. Army in 1954. It was after winning several Army talent shows that he began to develop his social satire, which changed the way white Americans perceived African-American comedians.

He hit the comedy scene in 1961 when Hugh Hefner asked Gregory to take over for a white comedian at the Chicago’s Playboy Club. Although he joked about racial tensions on stage, he was an activist for civil rights off stage. In response to published allegations that the Central Intelligence Agency (CIA) supplied cocaine to predominantly African-American areas in Los Angeles, Gregory joined a protest at the CIA headquarters and was arrested. He also was one of the first modern spokespersons to suggest that the Census Bureau undercounts minorities, particularly in large cities.

Activism led Gregory to get involved with politics. He ran for president of the United States in 1968, as part of the Freedom and Peace Party. He lost and later published his book, Write Me In, about his presidential campaign. In addition to being a comedian, politician and civil rights activist, Gregory was also a feminist. In 1978, he joined Gloria Steinem, Betty Friedan, Bella Abzug, Margaret Heckler, Barbara Mikulski and original suffragists to lead the National ERA March for Ratification and Extension.

Gregory is a pillar in the African-American community for his strong sense of social justice, uncanny ability to find humor in serious issues and for his autobiography, Nigger, published in 1963, which became the number one best-selling book in America. 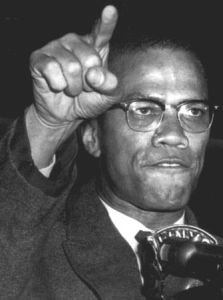 On  11 October 1963, Malcolm X gave a speech at the University of California, Berkeley, in which he outlined the philosophy of black nationalism as promoted by the Nation of Islam and declared racial separatism as the best approach to the problems facing black America.  Most of that speech appears below.   Our people in the Negro community are trapped in a vicious cycle of ignorance, poverty, disease, sickness, and […]