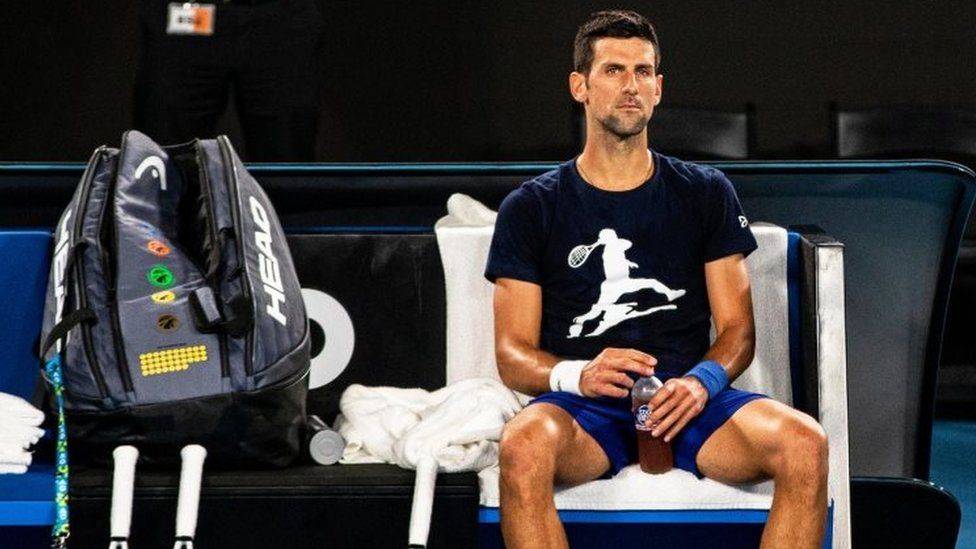 Novak Djokovic has been detained in Australia ahead of a court hearing that will determine whether the tennis star can stay in the country unvaccinated.

The Serbian faces deportation after his visa was cancelled for a second time, with the government labelling the 34-year-old a threat to the public.

His lawyers are appealing against what they called an “irrational” judgement, with the hearing due on Sunday.

Djokovic, however, is still scheduled to play the Australian Open on Monday.

If he were to win the tournament for a tenth time, he would become the most successful men’s tennis player in the history of the sport.

But Sunday’s hearing, which has been scheduled for 09:30 local time (22:30 GMT on Saturday) is crucial if Djokovic is to be able to defend his title just hours later.

If he loses the appeal, the world men’s tennis number one faces deportation and a three-year visa ban.

On Saturday, shortly after an online procedural hearing, Djokovic’s lawyers confirmed that he had been detained by immigration officers in Melbourne.

At the hearing, Justice David O’Callaghan set the time for Sunday’s proceeding but said it was yet to be decided whether it would be heard by a single judge or a full court of three.

Djokovic’s visa was first revoked shortly after his arrival in Melbourne on 6 January, after Australian Border Force officials said he had “failed to provide appropriate evidence” to receive a vaccine exemption.

The tennis star was detained for days at an immigration hotel, before his visa was reinstated by a judge, who ordered his release, ruling that border officials ignored correct procedure when he arrived.

The act allows him to deport anyone he deems a potential risk to “the health, safety or good order of the Australian community”.

Mr Hawke said he had cancelled Djokovic’s visa “on health and good order grounds [and] on the basis that it was in the public interest”.

Alluding to the heavy criticism his government has faced for allowing the unvaccinated player into Australia, Mr Morrison said: “Australians have made many sacrifices during this pandemic, and they rightly expect the result of those sacrifices to be protected.”

Serbian President Aleksandar Vucic condemned the move, telling the 34-year old in an Instagram message: “Novak, we stand by you.”

“If you wanted to ban Novak Djokovic from winning the 10th trophy in Melbourne why didn’t you return him immediately, why didn’t you tell him ‘it is impossible to obtain a visa’?” Mr Vucic added. 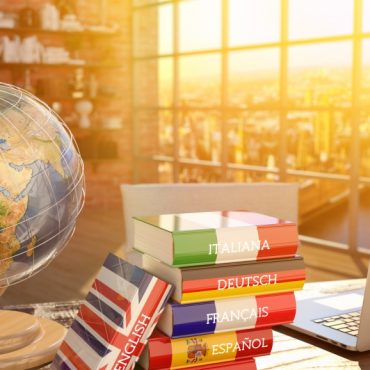 New MFL GCSEs to avoid 'posh' and 'unfair' references The government has confirmed controversial MFL changes will go ahead to 'boost accessibility', but heads’ leaders have dismissed the reforms as 'prescriptive and grinding'   Controversial new GCSE French, German and Spanish curricula with set vocabulary lists will launch in 2024, a year later than originally planned, the Department for Education said today. As part of the updated curriculum, students will […]