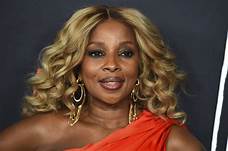 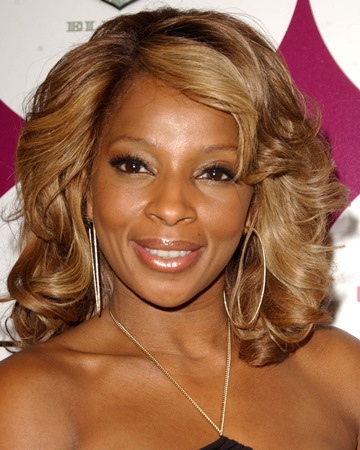 Billboard ranked her as the most successful female R&B artist of the past 25 years, sold more than 50 million albums and 15 million singles worldwide.

Mary Jane Blige  is an American singer, songwriter and actress. Her career began in 1991 when she was signed to Uptown Records.  She went on to release 13 studio albums, eight of which have achieved multi-platinum worldwide sales. Blige has won nine Grammy Awards, four American Music Awards, and twelve Billboard Music Awards. She has been nominated for three Golden Globe Awards and two Academy Awards, including one for her supporting role in the film Mudbound (2017) and another for its original song “Mighty River”, becoming the first person nominated for acting and songwriting in the same year.

In 1992, Blige released her debut album, What’s the 411?, which is credited for introducing the mix of R&B and hip hop into mainstream pop culture, and her 1993 “What’s the 411? Remix”, popularized rap as a featuring act, it is the first album by a singer to have a rapper on every song.  Both What’s the 411? and her 1994 album My Life are featured on the Rolling Stone‘s 500 Greatest Albums of All Time list, and the latter on Time magazine’s All-Time 100 Albums.  She received a Legends Award at the World Music Awards in 2006, and the Voice of Music Award from ASCAP in 2007.  Billboard ranked Blige as the most successful female R&B/Hip-Hop artist of the past 25 years. In 2017, Billboard magazine named her 2006 song “Be Without You” as the most successful R&B/Hip-Hop song of all time, as it spent an unparalleled 15 weeks atop the Hot R&B/Hip-Hop Songs chart and over 75 weeks on the chart.  In 2011, VH1 ranked Blige as the 80th greatest artist of all time.  In 2012, VH1 ranked Blige at number 9 in “The 100 Greatest Women in Music” list.

Blige has also made a successful transition to both the television and movie screens, with supporting roles in films such as Prison Song (2001), Rock of Ages (2012), Betty and Coretta (2013), Black Nativity (2013), her Oscar and Golden Globe-nominated breakthrough performance as Florence Jackson in Mudbound (2017), Trolls World Tour (2020), Body Cam (2020), The Violent Heart (2021) and co-starring as jazz singer Dinah Washington in the Aretha Franklin biopic Respect (2021). In 2019, Blige starred as Cha-Cha on the first season of the Netflix television series The Umbrella Academy. She currently stars as Monet Tejada in the spin-off of the highly rated TV drama Power in Power Book II: Ghost.

In February 2021, Blige became a first-time nominee for the 2021 class of the Rock and Roll Hall of Fame. A documentary film about her musical career, titled Mary J. Blige’s My Life, was released on Amazon Prime Video later that year.

1st Female MP in the United Kingdom   Full Name: Nancy Langhorne   Why Famous: Divorcee Nancy Langhorne Shaw married hotel heir Waldolf Astor in 1906 and their grand country home at Clivden became an important political salon in the early 20th century.   Nancy Astor began her political career after her husband succeeded to the peerage and entered the House of Lords. She was elected in her husband's former seat in […]