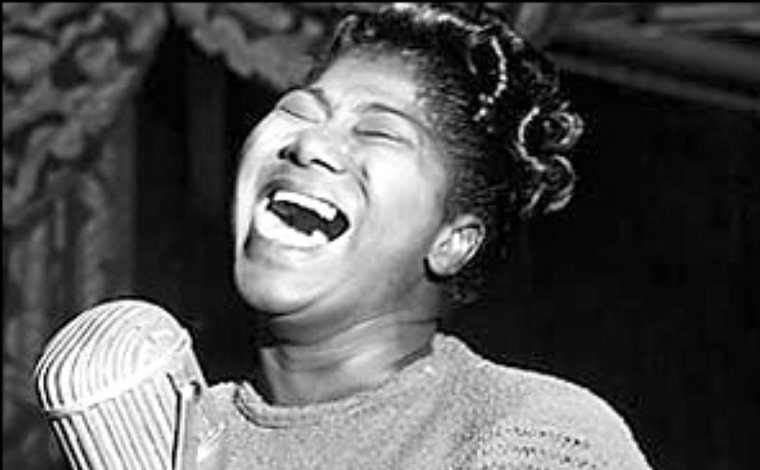 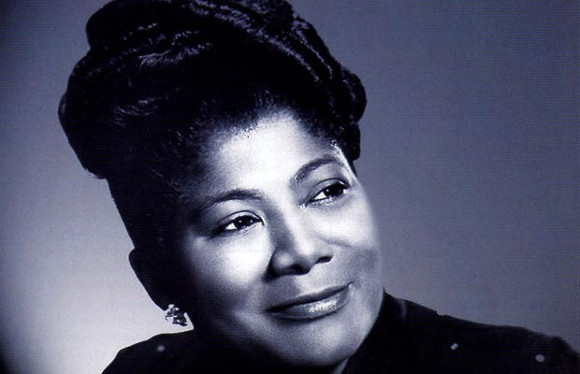 Mahalia Jackson was a legendary Gospel singer in the 20th century, born on October 26, 1911 in New Orleans, Louisiana. Often referred to as the ‘Queen of Gospel’, Jackson was revered as an outstanding singer and civil rights activist. Her career spanned 45 years, and in that time, she recorded close to 30 music albums out of which she had almost a dozen Gold-plated sellers. Her fascination with the Blues stemmed from a deep-rooted need to be free and to promote the idea of freedom and hope.

Jackson grew up in a three-room house on Pitt Street in the Carrollton neighborhood in New Orleans, a dwelling that housed almost 13 people. A family of mediocre means, they nevertheless inspired Jackson to pursue a career in music after making her listen to the powerful voices of Ma Rainey, Mamie Smith, and Bessie Smith. At age 5, Jackson’s mother died and this marked an incredibly difficult time in the young singer’s life. Her aunt forced Jackson to clean the house, and upon spotting the slightest bit of leftover dust, would resort to beat the child.

Jackson finally escaped this troubled time by moving to Chicago at age 16. After being spotted singing her favorite song “Hand Me Down My Silver Trumpet, Gabriel” at a local church, Jackson was invited to play with the Johnson Gospel Singers in and around areas of the city. In 1929, Jackson had the privilege of meeting a highly respected composer Thomas Dorsey. They began a 14-year long acquaintance as Jackson would perform for Dorsey on several church programs. Throughout the 1930s, Jackson struggled with several different labels, trying to come up with record breaking singles but failed to do so. It was only by the mid-1940s that she finally discovered her natural groove, recording William Herbert Brewster’s “Move On Up a Little Higher“. One of her most successful hits, and one that she was recognized for the remainder of her career, the song sold almost 8 million copies. She became known not only in the U.S, but in Europe as well, and toured the continent on several occasions. During the same time, other hit songs such as “Let the Power of the Holy Ghost Fall on Me” (1949), “Go Tell It on the Mountain” (1950) and “The Lord’s Prayer” (1950) became iconic compositions as well.

The early 1950s treated Mahalia  Jackson just as warmly, with the people of Europe referring to the great singer as an ‘Angel of Peace’. During this time, she toured Europe and sang to large audiences, becoming the first Gospel singer to perform at the Carnegie Hall. Towards the late 1950s, Jackson performed at the first gospel show at the Newport Jazz Festival in 1957. She continued singing to staggering crowds through the early 1960s, performing at John F. Kennedy’s inaugural ball and singing “Take My Hand, Precious Lord” at Martin Luther King’s funeral. Her last album came out in 1969, named What The World Needs Now. After performing with Louis Armstrong in 1970 and a concert in Germany in 1971, she finished her glorious career as one of the most awe-inspiring Gospel singers the world has ever seen.

Mahalia Jackson passed away on January 27, 1972 at Little Company of Mary Hospital in Illinois because of complications from heart failure and diabetes.

Benjamin Banneker died quietly on 25 October 1806, lying in a field looking at the stars through his telescope.   Benjamin Banneker was born in 1731 just outside of Baltimore, Maryland, the son of a slave. His grandfather had been a member of a royal family in Africa and was wise in agricultural endeavors.His father, Robert, was an African slave who purchased his freedom and his mother, Mary, was the daughter […]