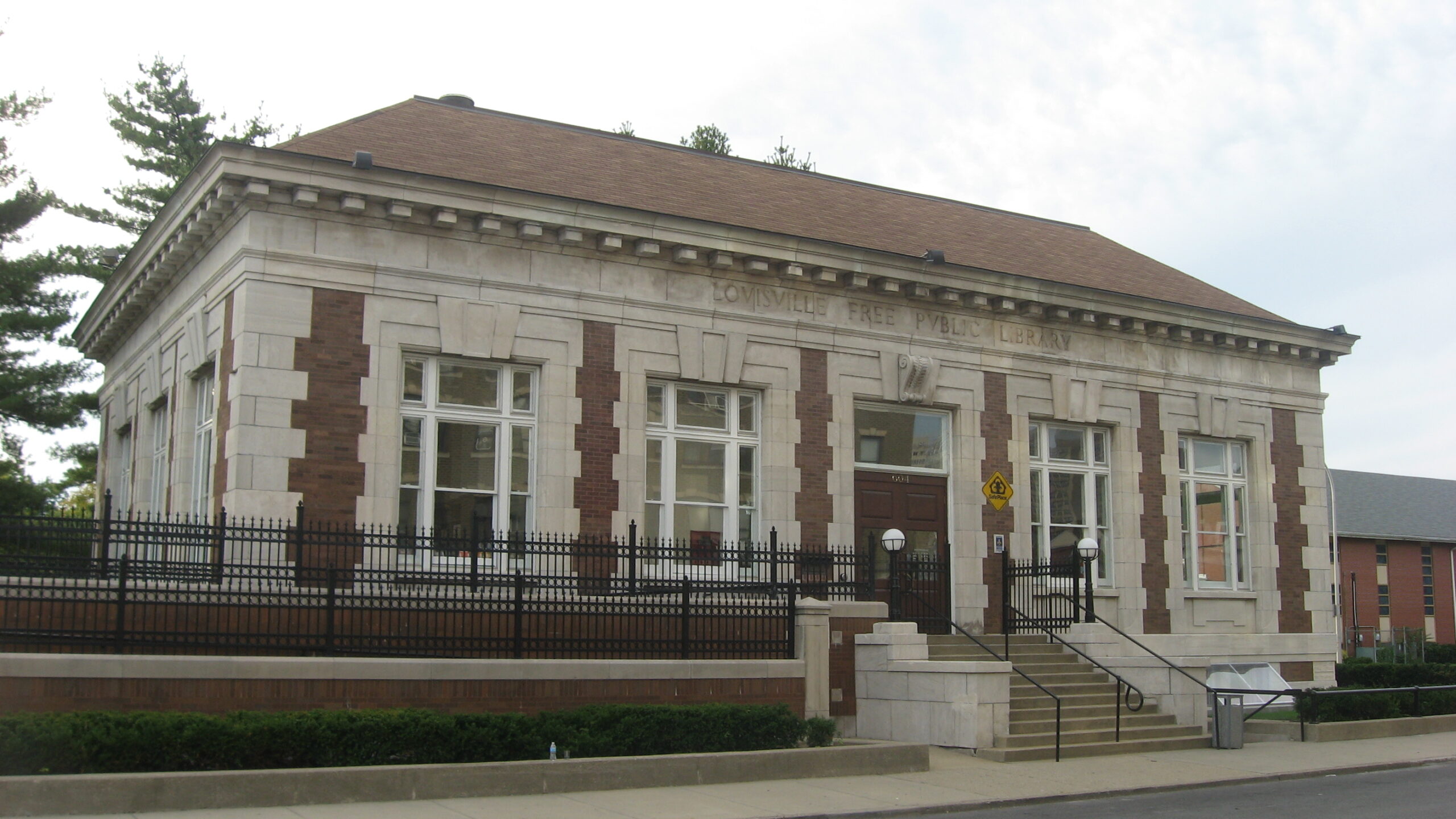 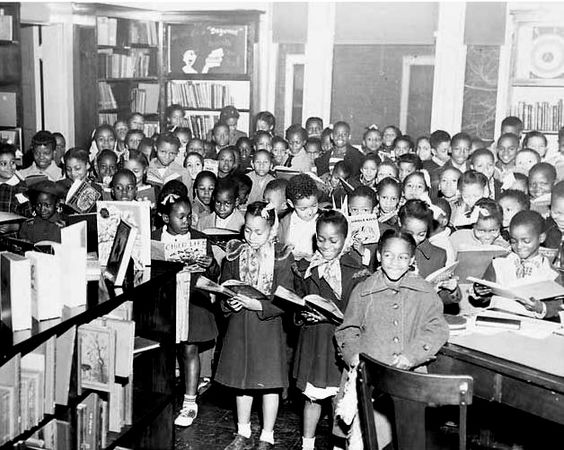 The Louisville Western Branch Library in Louisville, Kentucky, first opened in 1905. This library was the first public library in the nation to serve and be fully operated by black residents. In 1905 virtually all other public libraries around the country were closed to African Americans.

In 1902 the Louisville City Council passed an ordinance that created a public library system, but it specifically excluded African American residents. The city’s black residents immediately challenged this exclusion. Albert E. Meyzeek, local educator and civil rights activist, urged the community as well as the city’s library committee to allow the black citizens of the community to be able to access and use the new library system. By the time the library system was about to open in 1904, the city’s library system master plan now indicated that there would be a branch for African American citizens, fully funded by philanthropist Andrew Carnegie.

The Carnegie Building, located on the Southwest corner of 10th and Chestnut Streets (604 S 10th St.) did not open until October 28, 1908. During the three years of planning and construction of the new library, the branch occupied three rooms of a private residence at 1125 West Chestnut Street, in the heart of Louisville’s mainly black neighborhood.

When the Louisville Western Branch Library was close to opening, Thomas Fountain Blue was chosen as the branch librarian. Blue received an education at the Virginia Union University as a theologian, but he was asked to run the new library. Blue, the first African American to head a public library in the United States, upon assuming the post immediately created a community outreach strategy. He said the library was much more than a place to store books. “With its reading and study rooms, its lecture and classrooms,” according to the branch librarian, “it forms a center from which radiate many influences for general betterment. The people feel that the library belongs to them, and that it may be used for anything that makes for their welfare.” Many older pictures of library patrons show them dressed in their finest clothing (their Sunday best) because they understood the importance of the knowledge held in that building, and they wanted to show their respect for the longstanding black tradition of high regard for education.

In 2001 the recording artist Prince made a secret donation of $12,000 to the LFPL (Louisville Free Public Library) in support of the Western branch, which at that time was under the threat of closing. The branch survived and now serves as a home for the African American Archives, featuring resources dedicated to African American History in the Louisville area, across Kentucky, and the nation. An elderly Insulate Britain protester who had ink hurled in his face said he's "of course terribly worried" about his safety as the environment group embark on its 16th day of roadblocking. The climate group targeted commuters during rush hour close to the M25 motorway and a busy road in west London on Wednesday as it continues its "non-violent civil resistance". From 8am, activists sat down with banners in the middle of the A40 junction with Gypsy Lane […]