Early in the morning, King James I of England learns that a plot to explode the Parliament building has been foiled, hours before he was scheduled to sit with the rest of the British government in a general parliamentary session.

At about midnight on the night of  4-5 November, Sir Thomas Knyvet, a justice of the peace, found Guy Fawkes lurking in a cellar under the Parliament building and ordered the premises searched. Some 20 barrels of gunpowder were found, and Fawkes was taken into custody. During a torture session on the rack, Fawkes revealed that he was a participant in an English Catholic conspiracy to annihilate England’s Protestant government and replace it with Catholic leadership.

What became known as the Gunpowder Plot was organized by Robert Catesby, an English Catholic whose father had been persecuted by Queen Elizabeth I for refusing to conform to the Church of England. Guy Fawkes had converted to Catholicism, and his religious zeal led him to fight in the Spanish army in the Netherlands. Catesby and the handful of other plotters rented a cellar that extended under Parliament, and Fawkes planted the gunpowder there, hiding the barrels under coal and wood.

As the November 5 meeting of Parliament approached, Catesby enlisted more English Catholics into the conspiracy, and one of these, Francis Tresham, warned his Catholic brother-in-law Lord Monteagle not to attend Parliament that day. Monteagle alerted the government, and hours before the attack was to have taken place Fawkes and the explosives were found. By torturing Fawkes, King James’ government learned of the identities of his co-conspirators. During the next few weeks, English authorities killed or captured all the plotters and put the survivors on trial, along with a few innocent English Catholics.

Guy Fawkes himself was sentenced, along with the other surviving chief conspirators, to be hanged, drawn, and quartered in London. Moments before the start of his gruesome execution, on 31 January 1606, he jumped from a ladder while climbing to the hanging platform, breaking his neck and dying instantly.

In 1606, Parliament established 5 November as a day of public thanksgiving. Today, Guy Fawkes Day is celebrated across Great Britain every year on 5 November in remembrance of the Gunpowder Plot. As dusk falls, villagers and city dwellers across Britain light bonfires, set off fireworks, and burn effigies of Guy Fawkes, celebrating his failure to blow Parliament and James I to kingdom come. 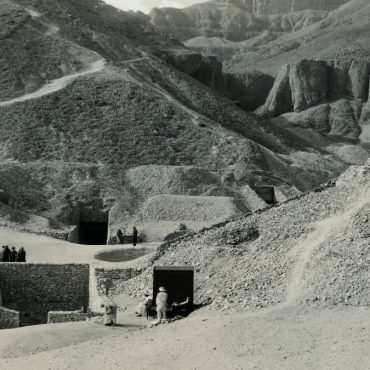