An elderly Insulate Britain protester who had ink hurled in his face said he’s “of course terribly worried” about his safety as the environment group embark on its 16th day of roadblocking.

The climate group targeted commuters during rush hour close to the M25 motorway and a busy road in west London on Wednesday as it continues its “non-violent civil resistance”.

From 8am, activists sat down with banners in the middle of the A40 junction with Gypsy Lane in North Acton and a major roundabout close to the Dartford Crossing, with some gluing themselves to the floor.

Protesters face two years behind bars or an unlimited fine if they block any motorway or major A road in England after the High Court granted a new nationwide injunction against the group. Activist, 77-year-old Christian, was one of those who had ink thrown at them while protesting in Acton.

He told Greatest Hits Radio London News: “It wasn’t painful, it didn’t hurt. It was unpleasant but it’s just sad.

“The whole thing is sad, it’s sad that we have to do this. I hate doing it.

“I’m a retired doctor, I’ve spent my life trying to help people and I’m reduced to having to do this because the government won’t address the problem adequately.”

The Met Police said 17 protesters were arrested at the Acton demonstration on Wednesday, “six of whom have locked themselves to the ground in order to frustrate our response.

“Specialist units are on scene to unglue them.”

Another 32 were arrested close to the Dartford Crossing, including four who were suspected of planning the disruption, and taken away by Kent Police.

Insulate Britain, who had earlier warned motorists to avoid the M25 or drive on it at 20mph, faced frustrated commuters who honked their horns and urged them to move.

What are your thoughts on Insulate Britain? 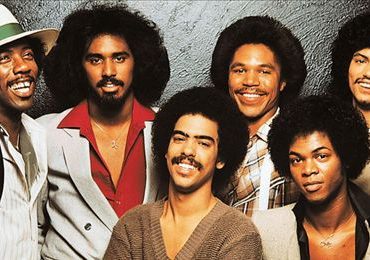 Tommy DeBarge, the musician who was a member of the famed DeBarge family, has died as confirmed by family members to TMZ. DeBarge was 64. DeBarge, who was a member of the R&B/Funk music band, Switch, passed away on Thursday. While the exact cause of death is not yet known, DeBarge’s daughter, Marina DeBarge, confirmed to TMZ that he suffered from kidney and liver disease. DeBarge also reportedly battled with COVID-19 earlier this year. He […]