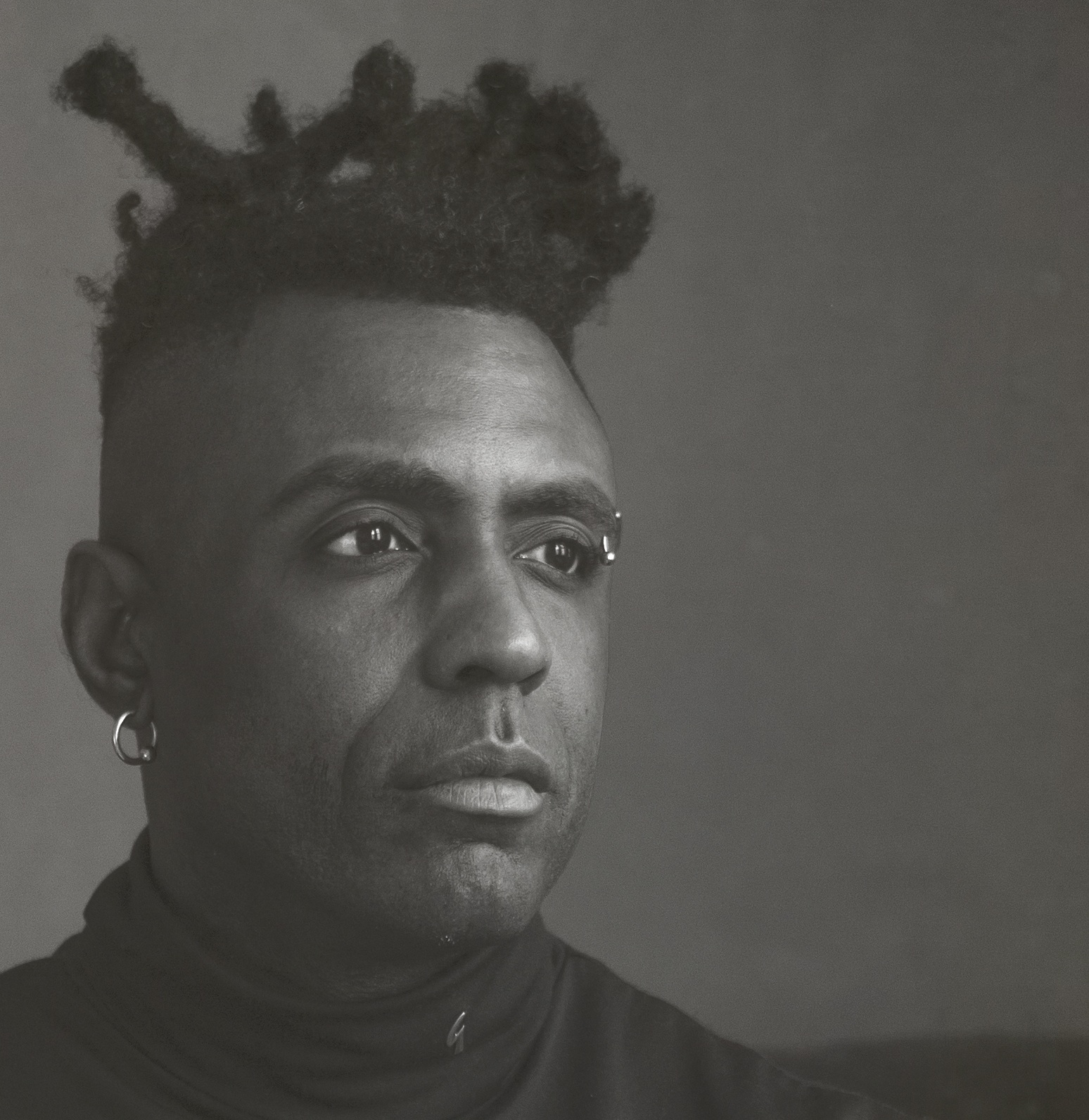 Omar Lyefook MBE (known simply as Omar to his fans) has enjoyed a celebrated music  career that spans over 3 decades and 8 critically acclaimed albums. He’s a UK Soul legend  who is respected by musicians and beloved by millions worldwide.

As a singer, songwriter and musician, he has collaborated with hip hop heavyweights and  soulful superstars like Stevie Wonder, Erykah Badu, Angie Stone, Caron Wheeler, Galliano,  Guru, Common and many more.

His latest collaboration is with Canadian Digital Visual Artist Adam Jarvis (aka Vectorvault)  and iLive NFT (a division of the iLive Radio global music network) to create a one-of-a-kind,  non-fungible token (NFT) featuring a classic unreleased Omar recording. This NFT purchase  will enable the buyer to own the master for this song along with a stunning digital and physical  art package delivered to them anywhere in the world.

Omar’s third album “For Pleasure” (1994) was hailed as a UK neo-soul classic. With tracks like  “I’m Still Standing”, “Making Sense Of It”, “Saturday”, “Keep Stepping” and the one minute  album-opening teaser entitled “My Baby Says (Watch Me Feel It Now).

” The full-version of that song was scheduled to  be released on Omar’s following album. However, it was held back.

For over 27 years, DJs and music collectors from around the world have whispered about a  rumoured lost recording. When questioned about it, Omar would simply smile. But on July 14,  2021, the wait is over. “My Baby Says” (Watch Me Feel It Now) will be released as a unique non-fungible token (NFT).  By purchasing it, fans will gain ownership of this never-before-heard audio master.

The ultra-rare NFT drops Wednesday, July 14, 2021. This collaboration is designed to be an  industry disruptor and carve out new avenues of creation and cooperation between artists – regardless of distance or nationality.

OMARnft.com not only serves as the central location for the story of this project, it also  contains several educational pieces designed to introduce the world of blockchain, explain  NFTs and how to buy them. By demystifying these subjects, Omar looks to position himself as a  helpful resource for artists and fans alike.

“I wanted to make something for my fans and for future fans. This NFT  project has allowed me to preserve my legacy forever using  blockchain technology.”

ABOUT BLOCKCHAIN AND NFTs

Blockchain technology is a secure method of creating a ledger of transactions. NFTs (non  fungible tokens) are a form of digital art that have empowered artists to capture the authenticity  of a piece of art, and use popular digital art platforms like Rarible, Foundation and OpenSea to  sell these creations for cryptocurrency. A technology pioneer himself, Omar recognized this shift  early on, along with the importance of writing his own musical history. As an early adopter, his  intention is to lead by example.

Partnering with Vectorvault and iLive NFT (a division of iLive Radio) has allowed Omar to retain  control of this artistic project and bypass many of the challenging obstacles of the music  industry. This NFT series is an experiment in cooperation and an invitation to other artists to  embrace this new chapter in music.

After being designated as a Canadian Digital Visual Artist by Canada Council for the  Arts back in 2020, Adam Jarvis (aka Vectorvault) was introduced to the world of NFTs.  Fellow Canadian Digital Visual Artist (and high school friend) Erin McGean formed an  alliance with Adam to share learnings and support each other’s art. As a result, Adam’s  digital crypto art portfolio has grown in tandem with a reputation for being generous with his  knowledge.

As an Omar fan himself since his late teens, Adam has used music to fuel his artistic creations.  Back in 2005, he resigned from an Associate Creative Director position to pursue a digital art  initiative called Vectorvault. His brand is still 100% Canadian owned and has grown over time to  serve as an artistic persona for Adam, where he has written over 1500 posts about the subject  of vector art.

“Omar once mailed me a signed CD that simply read “From one artist  to another”. It’s been sitting in my studio for almost 15 years as a  reminder of who I am.”

Many years after sending digital art prints to Omar through his Manager Lucia Fiore, Adam was  asked to brand Omar’s first Canadian concert in over 10 years. Commissioned by Jason Henry  of iLIVE Radio, it also led to an art show inspired by Omar’s music..

Along with incredible Canadian artists like Georgia Fullerton and Komi Olaf, Adam’s 2 pieces  reconnected him with Omar and led to 3 more concert branding projects. Now, after many years  of creative collaboration, iLive NFT, Vectorvault and Omar Lyefook MBE, prepare to launch a  premier series of rare digital art containing original physical art from the first art show. This NFT  literally includes a piece of music history.

THE FUTURE OF DIGITAL MUSIC

“iLive is in the business of connecting artists. NFTs are the future. If  you don’t know that by now, you’re already too late.”

From 8-tracks to MP4s, the music industry has evolved and expanded with every advance in  technology. iLive NFT was formed this year in direct response to the latest technological shift:  the use of blockchain technology to mint NFT music / digital art collectibles.

NFTs have created a new model for artists to reach consumers by avoiding middlemen in  distribution. Using established production processes, their objective is to collaborate with  noteworthy artists and musicians and create unique and valuable music / art collectibles for true  music fans.

Born October 14,1968, in London and raised in Canterbury, Omar is considered by many to be  a musical prodigy. He was educated at the prestigious Chetham’s School of Music in  Manchester and the Guildhall School of Music in London. He played the trumpet, piano, bass  guitar and served as principal percussionist of the Kent Youth Orchestra.

As a son of England, Omar is a classically trained artist and a national treasure. Prince Charles  named him a Member of the Most Excellent Order of the British Empire (MBE). But it was his  subjects from around the world that crowned him as soul royalty..

Omar’s most well-known song was his debut single “There’s Nothing Like This” (initially  released on his father’s record label Kongo Records). This track catapulted him up the UK  singles charts in 1991 and helped to attract international attention to his unique voice and  outstanding musical compositions.

As he begins to wrap up production on his 9th studio album, Omar is poised to once again leave  his impact on the music world. His NFT Legacy Collection is designed to capture his story on  the blockchain – forever.

“Do drop off a copy of your new album when  it’s finished.”

“Omar is one of my favorite artists ever.”  • Erykah Badu

“The reigning don of UK Soul”

“A songwriter who values true classic form, a  singer whose phrases are instinctively seductive” 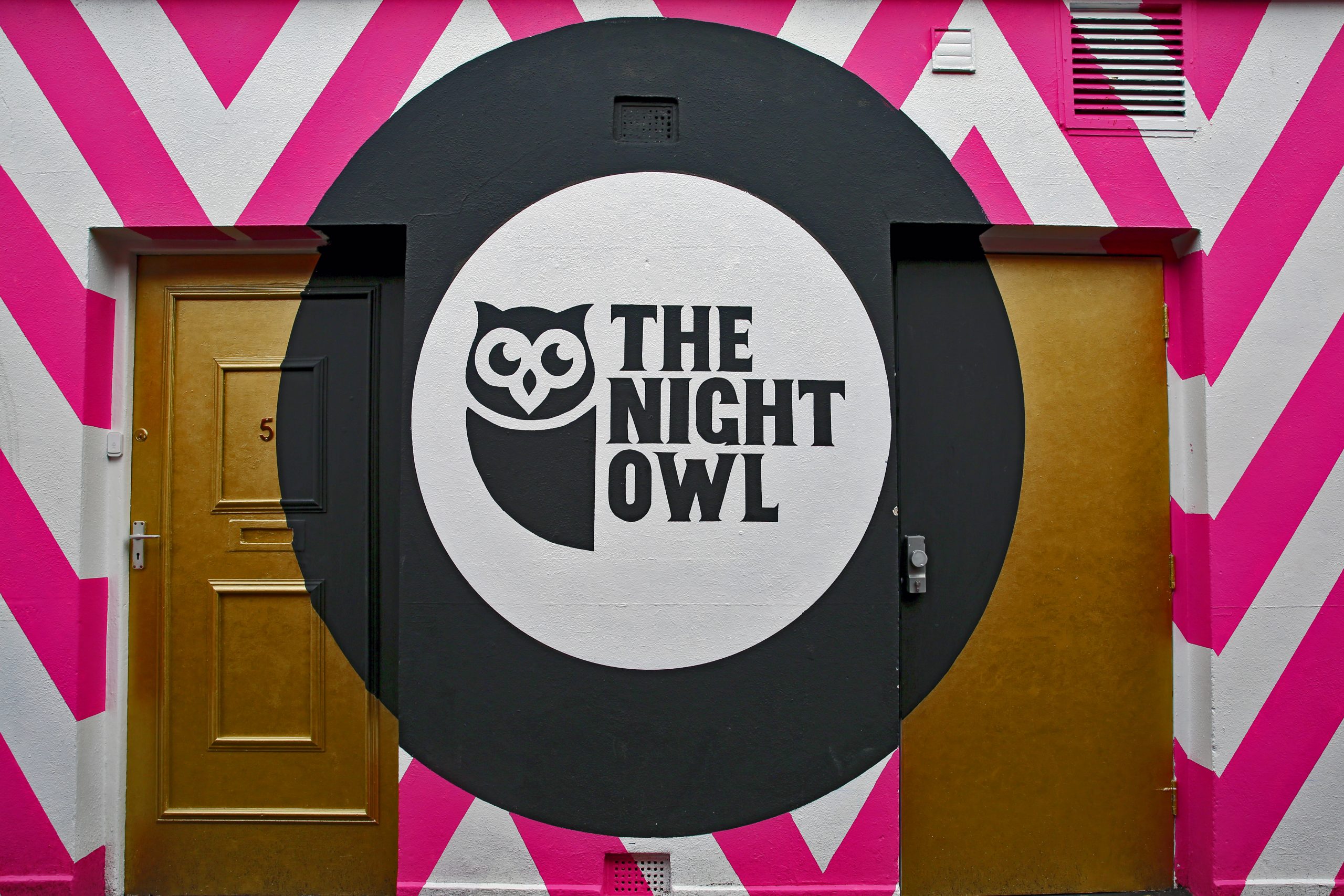 The Night Owl is coming to Finsbury Park Your new favourite eatery, music venue and late night bar with plenty of heart and a whole lotta SOUL.   The Night Owl Finsbury Park will be swinging open its doors for the first time this summer, ready to rub shoulders with some of the most legendary venues of North London!     It’s flagship venue, The Night Owl Birmingham opened up […] 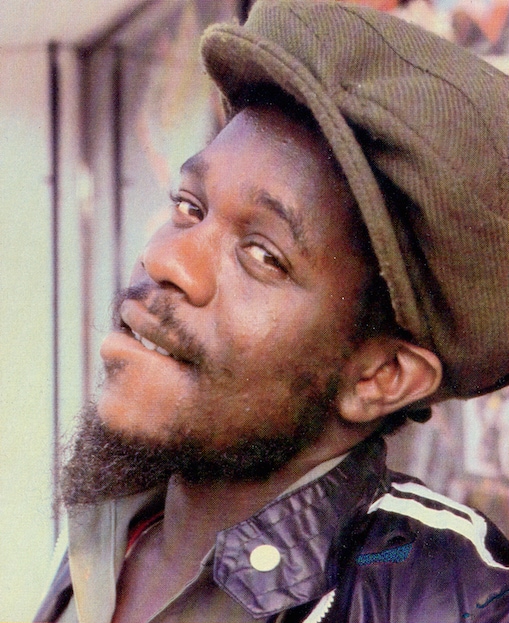