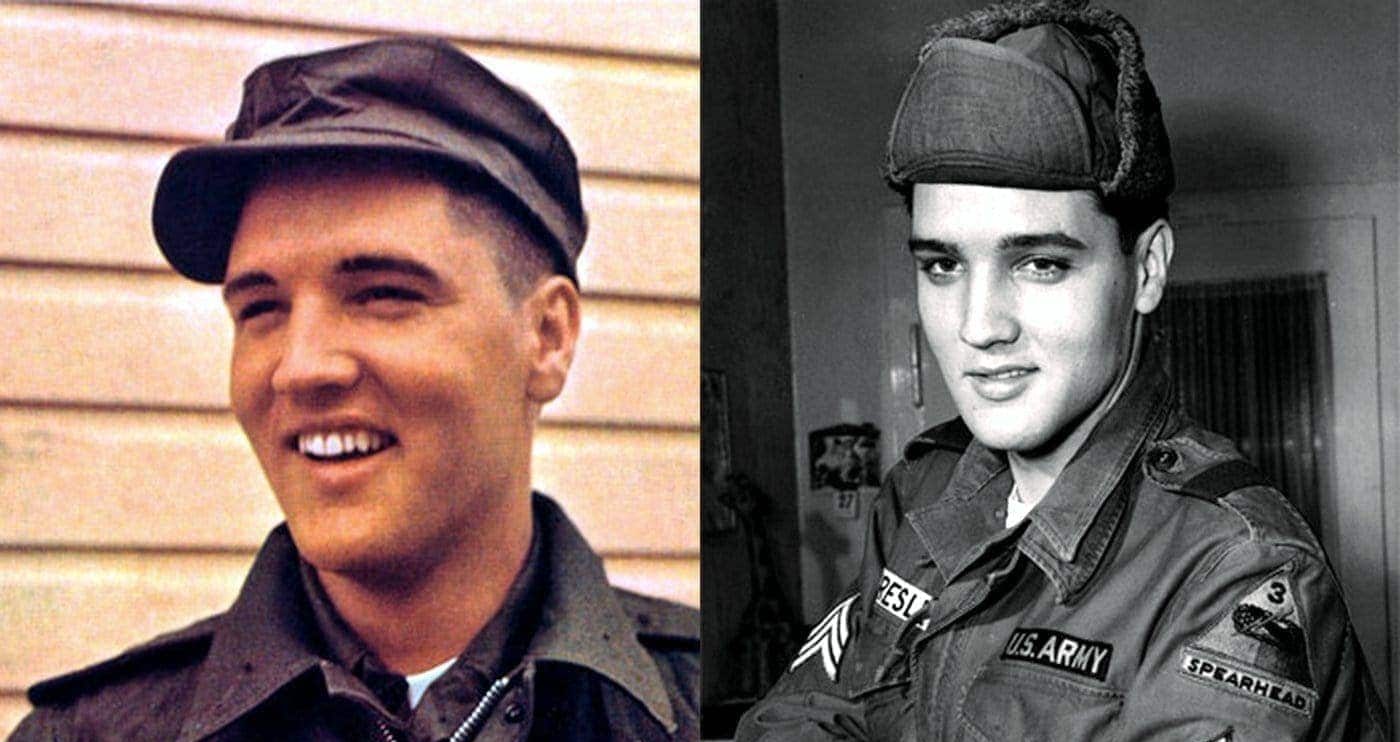 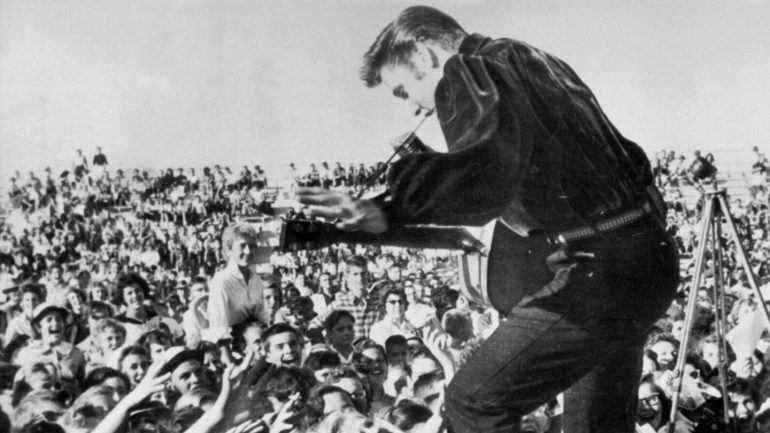 With a suggestive style—one writer called him “Elvis the Pelvis”—a hit movie, Love Me Tender, and a string of gold records including “Heartbreak Hotel,” “Blue Suede Shoes,” “Hound Dog” and “Don’t Be Cruel,” Presley had become a national icon, and the world’s first bona fide rock-and-roll star, by the end of 1956. As the Beatles’ John Lennon once famously remarked: “Before Elvis, there was nothing.” The following year, at the peak of his career, Presley received his draft notice for a two-year stint in the army. Fans sent tens of thousands of letters to the army asking for him to be spared, but Elvis would have none of it. He received one deferment–during which he finished working on his movie King Creole–before being sworn in as an army private in Memphis on 24 March 1958.

After basic training—which included an emergency leave to see his beloved mother, Gladys, before she died in August 1958—Presley sailed to Europe on the USS General Randall. For the next 18 months, he served in Company D, 32nd Tank Battalion, 3rd Armor Division in Friedberg, Germany, where he attained the rank of sergeant. For the rest of his service, he shared an off-base residence with his father, grandmother and some Memphis friends. After working during the day, Presley returned home at night to host frequent parties and impromptu jam sessions. At one of these, an army buddy of Presley’s introduced him to 14-year-old Priscilla Beaulieu, whom Elvis would marry some years later.

Meanwhile, Presley’s manager, Colonel Tom Parker, continued to release singles recorded before his departure, keeping the money rolling in and his most famous client fresh in the public’s mind. 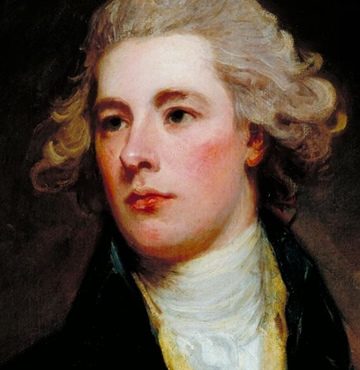