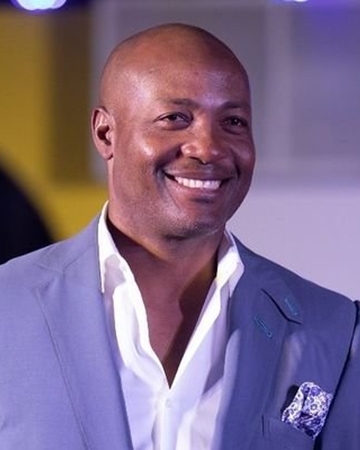 Lara is considered one of the greatest cricket batsmen of all-time.

One of a family of 11, a natural athlete, and a member of the national under-(age)14 football (soccer) team, Lara was expected from an early age to be the next great West Indian cricketer. He was first selected for the West Indies national team in 1990 at age 21, but he did not make his mark until 1994, when he broke the two most coveted batting records in cricket, scoring 375 runs against England (besting Sir Garfield Sobers’s 36-year-old record) and 501 runs (not out) for Warwickshire, his English county team. In 2004 Lara then became the first player to retake the Test batting record when his 400 runs (not out) against England surpassed the 380 runs posted by Australian Matthew Hayden in 2003.

Between these Herculean feats, Lara sometimes struggled to perform at the level expected of him, and some questioned his dedication to the sport. Likewise, under his captaincy the record of the West Indies national team was undistinguished. However, there is no doubt that he ranks with the likes of Sobers, Sir Don Bradman, Clive Lloyd, and Sir Viv Richards as among cricket’s greatest batsmen.cricket, England’s national summer sport, which is now played throughout the world, particularly in Australia, India, Pakistan, the West Indies, and the British Isles.

He holds several batting records, including highest individual score in first-class cricket with 501 not out for Warwickshire against Durham at Edgbaston in 1994, the only quintuple-hundred in first-class history.

Lara also has the highest individual score in a Test innings with 400 not out against England at Antigua in 2004 and he also shares the single over run record in a Test – 28 off an over by Robin Peterson of South Africa in 2003.

An introduction to the British Education System