Call for grant-givers to adopt a new plan to address racial injustice and support community organisations.

FUNDERS OF charities are being challenged to tackle racial inequality and create long-term funding commitments for black-led third sector organisations.

The report, by social justice organisation Ten Years’ Time, says that despite black, Asian other minority ethnic groups making up around 14% of the UK population, independent funders – such as trusts and foundations – still fail to give a fair share of grants to these groups.

Research found that up to 87% of micro and small voluntary sector organisations led by black and other minority people were found not to have enough sufficient funds to last more than three months due to the Covid-19 pandemic, and were also the least likely group to receive financial support.

Funding for the BAME voluntary and community sector (VCS) was “unsustainable” and left them “at risk of financial insecurity.”

There had been little change since a 2015 report by Voice4Change England, found that BAME VCS groups had suffered a 25% reduction in funding in the previous five years when government austerity was introduced.

Professor Patrick Vernon, a philanthropist and social commentator, told The Voice that implementing active anti-racism work in the funding sector was vital to see long-standing change to structural inequalities.

“Off the back of the Black Lives Matter movement, I think I the reason why the report is here it’s about challenging funders and philanthropists who give money for good causes and how they should now focus on racial justice and giving grants funding to black-led organisations, support them and acknowledging the contribution of these organisations,” he said.

“The report is a challenge and a call to action for the billions that are spent on funding charities and community groups. and we don’t get our fair share.”

Following the death of George Floyd in May 2020 and the global resurgence of the Black Lives Matter movement, the report is calling on organisations to implement best practice methods to confront racism in the sectors and do work that is “more than just a PR statement.”

The report also recommended for funders to improve the understanding around financial systems and investments for non-finance professionals to address information inequality, removing barriers to access and “inject ambition into the British funding landscape and create a clear roadmap for action.”

Major funding leaders including Esmee Fairbairn Foundation, Lloyds Bank Foundation and the Joseph Rowntree Charitable Trust have all been a part in taking accountability for racial injustice in the sector and dismantling oppressive systems that hold back minority communities.

Eli Manderson, a lead researcher on the report, said that looking at the past is needed to undo the “racist and disempowering power dynamics that underpin many of the funding practices.”

“We review how both sides of the coin need to be addressed and understood to engage in racial justice work to the best of our ability,” he said.

“Such a multifaceted approach requires, in our eyes, a focus on the grantmaking endeavours of trusts and foundations in the UK, their investment strategies and the internal operations and governance of charitable funding organisations.

“Without applying a racial justice lens to all of these deeply important areas we believe we will not be able to achieve wholesale transformational change and instead will be committing to action, which plays within the confines of the current structurally racist system.” 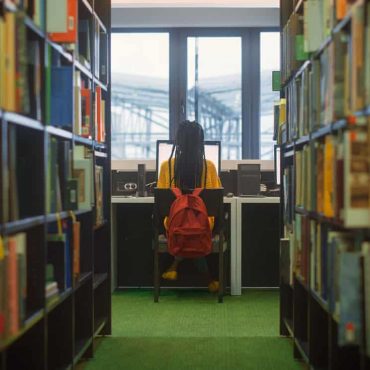 Students in England should apply for refund if unsatisfied, says minister   The universities minister, has encouraged students to apply for refunds on courses if they are unsatisfied. University minster said students should “absolutely” apply for refunds, adding: “They are consumers, at the end of the day. They’re paying a substantial amount of money that’s an investment in their own lives. They deserve that appeal right.” The Minister stated […]