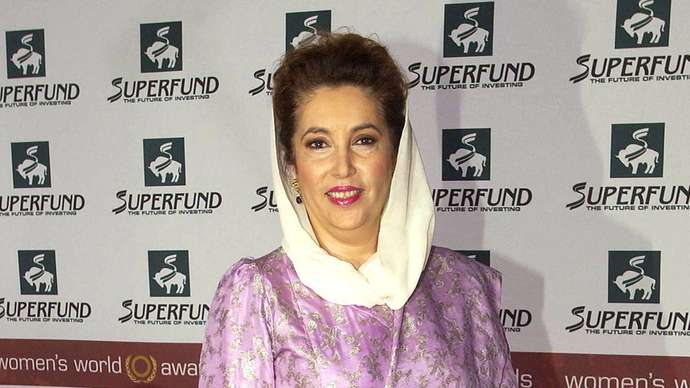 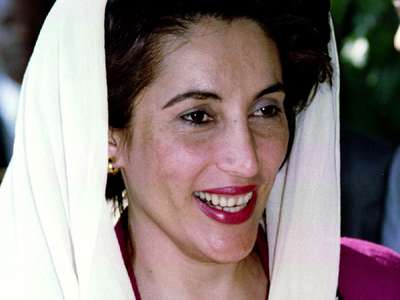 Bhutto was the daughter of the politician Zulfikar Ali Bhutto, who was the leader of Pakistan from 1971 until 1977. She was educated at Harvard University (B.A., 1973) and subsequently studied philosophy, political science, and economics at the University of Oxford (B.A., 1977).

After her father’s execution in 1979 during the rule of the military dictator Mohammad Zia-ul-Haq, Bhutto became the titular head of her father’s party, the Pakistan People’s Party (PPP), and endured frequent house arrest from 1979 to 1984. In exile from 1984 to 1986, she returned to Pakistan after the lifting of martial law and soon became the foremost figure in the political opposition to Zia. President Zia died in August 1988 in a mysterious plane crash, leaving a power vacuum at the centre of Pakistani politics. In the ensuing elections, Bhutto’s PPP won the single largest bloc of seats in the National Assembly. She became prime minister on December 1, 1988, heading a coalition government.

Bhutto was unable to do much to combat Pakistan’s widespread poverty, governmental corruption, and increasing crime. In August 1990 the president of Pakistan, Ghulam Ishaq Khan, dismissed her government on charges of corruption and other malfeasance and called for new elections. Bhutto’s PPP suffered a defeat in the national elections of October 1990; thereafter she led the parliamentary opposition against her successor, Nawaz Sharif.

In elections held in October 1993 the PPP won a plurality of votes, and Bhutto again became head of a coalition government. Under renewed allegations of corruption, economic mismanagement, and a decline of law and order, her government was dismissed in November 1996 by Pres. Farooq Leghari.

Voter turnout was low in the 1997 elections, in which Bhutto’s PPP suffered a decisive loss to Sharif’s Pakistan Muslim League party. With British and Swiss cooperation, Sharif’s administration continued to pursue the corruption charges against Bhutto. In 1999 Bhutto and her husband, the controversial businessman and senator Asif Ali Zardari—jailed since 1996 on a variety of additional charges—were both convicted of corruption by a Lahore court, a decision overturned by the Supreme Court in 2001 because of evidence of governmental interference. Bhutto did not achieve political accommodation with Gen. Pervez Musharraf’s seizure of power in a 1999 coup d’état; her demands that the charges against her and her husband be dropped were denied, undercutting negotiations with the Musharraf government regarding a return to the country from her self-imposed exile. Facing standing arrest warrants should she return to Pakistan, Bhutto remained in exile in London and Dubai from the late 1990s.

Because of Musharraf’s 2002 decree banning prime ministers from serving a third term, Bhutto was not permitted to stand for elections that same year. In addition, legislation in 2000 that prohibited a court-convicted individual from holding party office hindered her party, as Bhutto’s unanimously elected leadership would have excluded the PPP from participating in elections. In response to these obstacles, the PPP split, registering a new, legally distinct branch called the Pakistan People’s Party Parliamentarians (PPPP). Legally separate and free from the restrictions brought upon the PPP by Bhutto’s leadership, the PPPP participated in the 2002 elections, in which it proceeded to earn a strong vote. However, Bhutto’s terms for cooperation with the military government—that all charges against her and against her husband be withdrawn—continued to be denied. In 2004 Bhutto’s husband was released from prison on bail and joined Bhutto in exile. Just before the 2007 elections, talk began to circulate of Bhutto’s return to Pakistan. 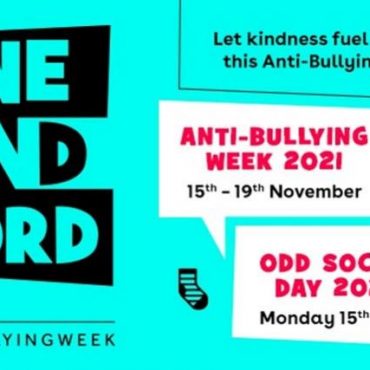 Anti-Bullying Week is coordinated In England and Wales by the Anti-Bullying Alliance and takes place from 15 to 19 November 2021 and it has the theme One Kind Word. The week will begin with Odd Socks Day which is supported by CBBC and CBeebies star Andy Day and his band Andy and the Odd Socks. Kindness is more important today than it has ever been. The isolation of the last […]