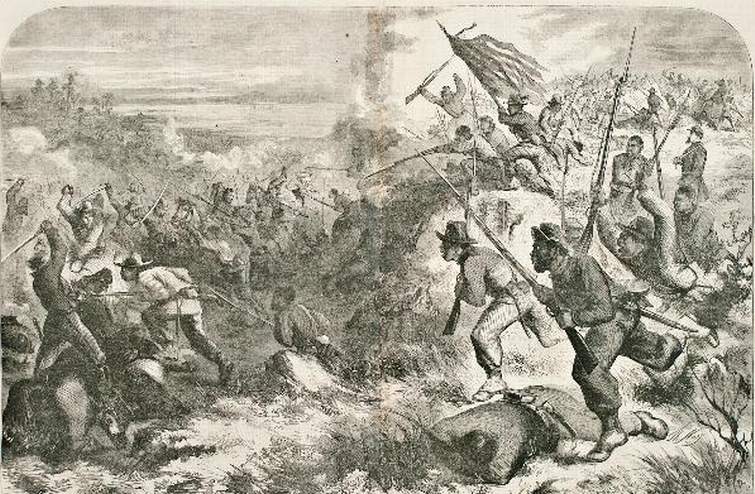 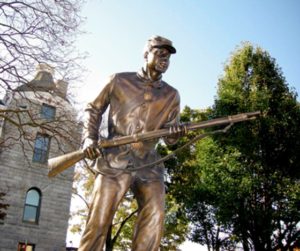 Battle of Island Mound on 29 Oct 1862 in Bates County, Missouri.

The first instance of Black soldiers engaging in significant combat during the Civil War was the Battle of Island Mound on 29 October 1862 in Bates County, Missouri. With the preliminary Emancipation Proclamation issued on 22nd September 1862, black soldiers had for more than one year been recruited by Union forces in Kansas. For weeks, these soldiers had been encamped at Fort Lincoln, a few miles north of Fort Scott, Kansas, having been relegated to guarding Confederate prisoners and manual labor. When Union Colonel N.P. Chipman inspected the regiment on October 15, 1862, he declared the 1st Kansas Colored Infantry ready for battle.

On Sunday 26th October, word of Confederate guerrillas terrorizing local Union operations in Missouri was received but the main Union armies were already engaging enemy forces in Arkansas or protecting supply lines along the Kansas-Missouri border. In response Union commanders order the 1st Kansas Colored Infantry to pursue the guerrillas. Their mission was to capture or kill these guerrillas who were operating on Hog Island (Osage Island) and rid the area of their sporadic attacks.

First Kansas Colored marched towards the guerrilla encampment in Bates County and commandeered the home of Enoch and Christiana Toothman, two leading Confederate sympathizers. They transformed it into regimental headquarters and named it Fort Africa. On 29th Oct0ber.  The guerrillas attacked a small detachment of black Union troops outside the fort initiating the Battle of Island Mound. Eventually the entire understaffed regiment, led by Capt. H.C. Seaman, and numbering approximately 250 freemen and former slaves (a full-strength regiment totaled 1,000 soldiers) confronted nearly 700 Confederates including many on horseback. Determined to prove their worth, the black soldiers battled the guerrillas bravely, forcing them to retreat. When the Union soldiers came upon the guerrilla camp, it was abandoned, indicating a clear victory for the black troops.

Although the Battle of Island Mound was a small engagement in the Civil War, it gave many Union supporters confidence that black soldiers are capable fighters. The 1st Kansas Colored Infantry Regiment finished the war with a remarkable record worthy of a place among the hardest fighting regiments of the Civil War.

In October 2008, the citizens of Bates County dedicated a statue of 1st Kansas Colored Volunteer Infantryman, which they located on the grounds of the Courthouse. In addition, the State of Missouri purchased a portion of the Toothman farm and developed the State’s newest Historic Site, “Battle of Island Mound.” Also, in recognition of their place in history, a film based on their heroism won two Emmy Awards at the 2015 Mid-America Emmy Awards in St. Louis. 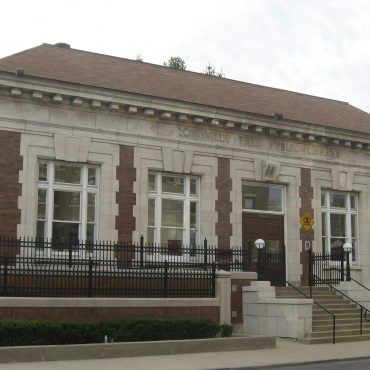