1st edition of “London Gazette” published as “The Oxford Gazette” 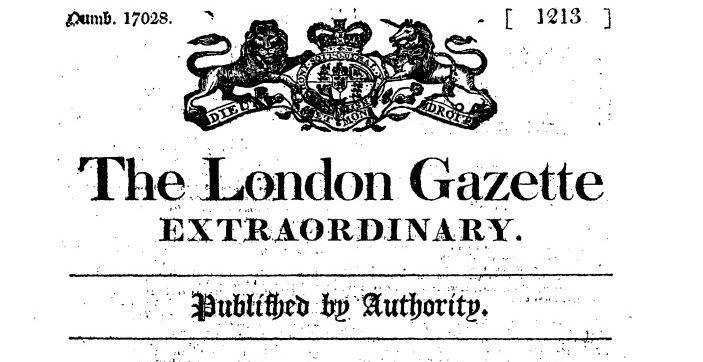 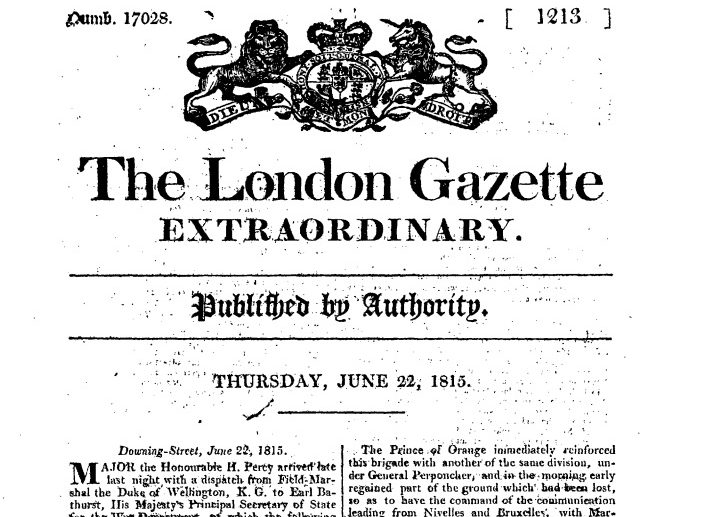 7 November 1665 The London Gazette claims to be England’s oldest newspaper. Its first edition was published on  under the name The Oxford Gazette.

The London Gazette is not a conventional newspaper covering general news, rather it is the official journal of the British government. When it was first published, it was also sent by post to subscribers, rather than being purchasable at a news stand.

This has led to several other newspapers claiming that they were the first to be published in Britain – the earliest being The Stamford Mercury, which began publishing in 1712.

The Gazette’s appearance came during a particularly turbulent time for Britain. The English Civil War, which had ended in 1651, was still well within memory. The war had been a scourge on the English population, with some 4% perishing in the conflict – a similar loss as a proportion of the populace was not seen until World War One.

It was also notable for being a propaganda war, with both sides utilising innovations in printing to support their causes and denounce their enemy.

1660s was in the period known as The Restoration, with King Charles II being restored to the English throne in 1661. But Britain was on very shaky grounds politically – and there had been very recent attempts to rekindle the Civil War and other armed insurrections.

Meanwhile, the English press was underdeveloped, and accurate news was difficult to come by. It’s fair to say at the time, Britain had a virulent and dangerous fake news problem.

Relocation of the crown to Oxford

In 1665 plague struck London forcing King Charles II and his court to relocate to Oxford. Fear of infection made courtiers afraid to handle the pamphlets produced in London but they remained thirsty for news. Charles therefore ordered that a journal be printed in Oxford. The new journal would provide an authoritative alternative to the London press. The Gazette’s strap line has always been ‘Published by Authority.’

The diarist Samuel Pepys remarked of the newspaper ‘full of newes, and no folly in it’. When Charles returned to London the Gazette moved too.

The Gazette has covered countless monumental events in its 350-year history.

Issue 85 provided a faithful account of the Great Fire of London, in which the paper’s own printing facilities were destroyed. Issue 15,858 included Admiral Collingwood’s dispatch from Trafalgar mourning the death of Admiral Nelson, ‘…who fell in the Action of the Twenty-first, in the Arms of Victory, covered with glory.’

From the death of Queen Victoria to dispatches from the front lines during World War One, The London Gazette has printed it all.

UN condemns apartheid in South Africa   On 6 November 1962, the United Nations General Assembly adopts a resolution condemning South Africa’s racist apartheid policies and calling on all its members to end economic and military relations with the country.   In effect from 1948 to 1993, apartheid, which comes from the Afrikaans word for “apartness,” was government-sanctioned racial segregation and political and economic discrimination against South Africa’s non-white majority. […]